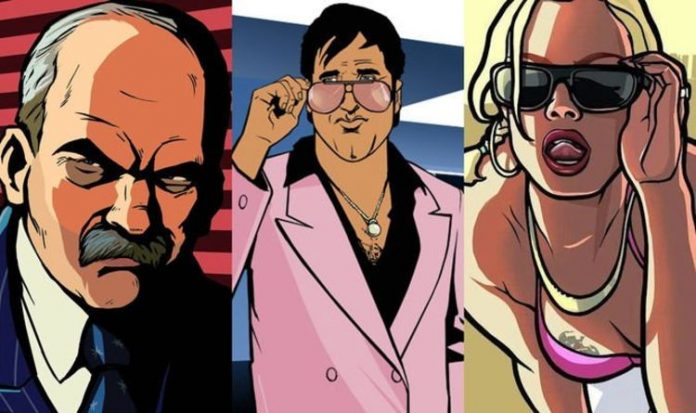 It’s been over eight years since Grand Theft Auto 5 first launched on the PS3 and Xbox 360. And it looks like the long wait for the next mainline entry in the GTA series could be about to go on for awhile longer. We know that Rockstar Games has an Enhanced Edition of GTA 5 which is set to launch on PS5 and Xbox Series X later this year.

It had been hoped after this GTA 6 would finally get a release date.

But, according to the latest rumours, the next big GTA project could be something else entirely.

As reported by GameRant, rumours are circulating that the next big announcement coming from Rockstar Games will be the reveal of a GTA Trilogy Remaster.

This rumour originates from the GTA Forums, who have been known to leak unannounced information in the past, and was reported on initially by GTA Base.

A number of alleged credible leakers have been teasing that Rockstar Games’ next project will get announced in the next 90 days.

And it’s been claimed this project is a remaster of the PS2 era Grand Theft Auto games.

So that would be a remaster of GTA 3, GTA Vice City and GTA San Andreas.

On Sunday February 7 Super Bowl LV will be held, and fans are thinking an announcement from Rockstar could be coming at the NFL showpiece event.

During the last Super Bowl fans were left convinced that there were a number of references to GTA Vice City.

And fans are wondering if that was a hint of things to come, with this year’s Super Bowl taking place in Florida once again.

Vice City is Rockstar’s fictional 80s version of Florida’s iconic metropolis of Miami, and is rumoured to be the setting for GTA 6.

So, putting two and two together fans have been left hoping the upcoming Florida Super Bowl – which would have a huge worldwide audience – would be the perfect, high-profile event to announce the next GTA game.

The caveat to all of this is it would go against Rockstar’s typical approach to marketing, so we may end up getting the reveal of the next big GTA game – whether that’s GTA 6 or a Trilogy Remaster – at another event in the future.