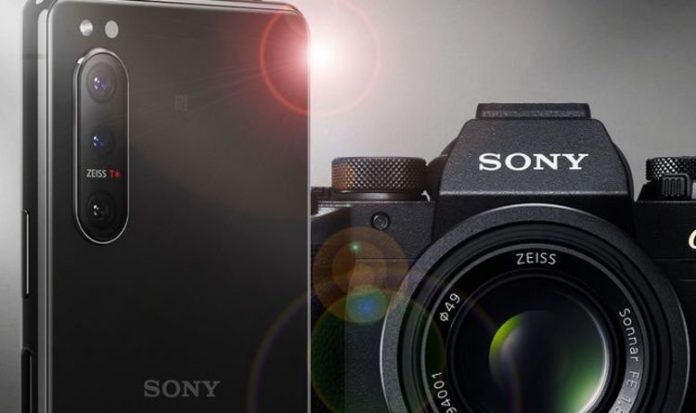 Sony fans could get a new Xperia phone to lust over next month. The Japanese tech firm is famed for launching its most premium flagship devices in February and, despite the ongoing health crisis, there’s nothing to suggest this year will be any different. Although there’s been no official confirmation of a release date from Sony, a new leak may have given us all a pretty good idea of could be coming soon.

Pictures posted via Onleaks reveal what appears to be official renders of a new Xperia 1 III (that’s mark 3 if you were wondering) and perhaps the biggest change could be a much-improved camera lens with a more impressive zoom. As you’ll spot from the image, the new device seems to have a deeper square-cut camera on its rear panel which could indicate that Sony is following rivals such as Huawei and Samsung with the introduction of a much longer optical zoom.

It’s not yet known what Sony may bring to the table but it seems this update could make previous Xperia phones seem very outdated.

Other than the camera it’s hard to see what other changes are coming to this new device with things looking very similar to last year.

Qualcomm is boasting that the 888 generates up to a 25 percent uplift in overall CPU performance and its biggest performance leap yet when it comes to the GPU. It also promises 35 percent faster graphics rendering compared to the previous generation.

One final thing that remains unclear about the Xperia 1 III is how Sony will launch this device. The company always unveils its new devices at Mobile World Congress in Barcelona which historically takes place in late February.

However, with MWC pushed back until June this year due to the ongoing Covid pandemic, Sony may have to come up with a different way of unveiling things in 2021.

We’ll have to wait and see what happens but expect more news on the next generation of Xperia phones soon.