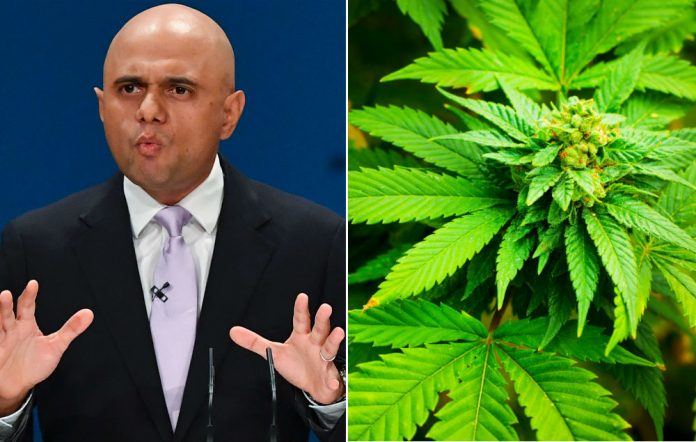 “There is a pressing need to allow those who might benefit from cannabis-based medicines to access them.”

Home Secretary Sajid Javid has announced a government review into the use of medicinal cannabis, which could lead an increase in the number of prescriptions made from the drug.

Mr Javid’s announcement is a direct response to recent high-profile cases where children with severe epilepsy have been blocked from accessing cannabis oil to control their seizures.

But he also stressed that the drug will remain banned for recreational use, after former Tory leader William Hague called for its outright legalisation.

“If the review finds there are significant medical benefits, then we will reschedule (change the legal status of the drug)” Mr Javid told parliament.

“We have seen in recent months that there is a pressing need to allow those who might benefit from cannabis-based medicines to access them.”

His affirmation comes after a boy with severe epilepsy was permitted to access the drug in oil form.

Billy Caldwell, 12, was treated with the drug in hospital after the Home Office permitted a 20-day licence for the use of the banned substance.

His mother Charlotte claims his seizures are significantly reduced when he takes the oil and has called for it to be available.

Officials at Heathrow Airport had previously confiscated Billy’s cannabis oil after Ms Caldwell attempted to bring into the UK from Canada.

The drug contains the substance Tetrahydrocannabinol (THC), which is illegal in the UK.

Mr Javid said: “As a father, I know there is nothing worse than seeing your child suffer.

“That is why I have the upmost sympathy for Billy Caldwell, Alfie Dingley and others like them, and for their parents who have been under unimaginable stress and strain.

“I know that they are following a gut parental instinct to do whatever is in their power to try and alleviate their child’s suffering.

“And today I would like to say to this House that I will do everything in my power to make sure that we have a system that works so that these children and these parents get access to the best medical treatment.”