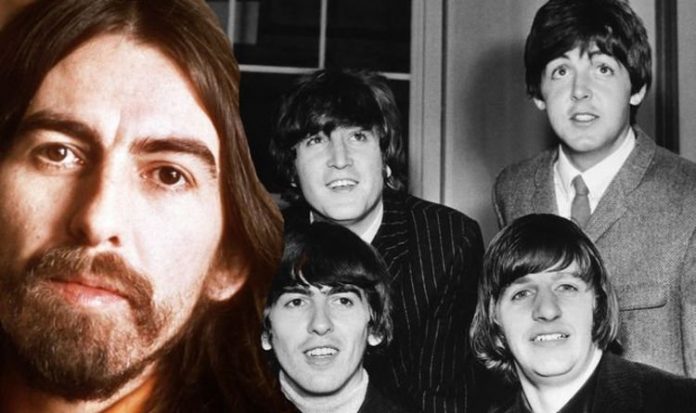 Years before there was any sign of a knighthood, The Beatles, on October 26, 1965, were presented an MBE for their contributions to music.

The group went to Buckingham Palace to accept their awards, having been told back in June of that year they would be receiving an MBE as part of the Queen’s Birthday Honours list.

Of course, the news of the Beatles members – John Lennon, Sir Paul McCartney, George Harrison and Sir Ringo Starr – receiving honours did not go down well with many previous honourees, but there was one important person backing them.

This was Prime Minister Harold Wilson, who at the time represented Huyton, a Liverpool suburb, and actually lobbied Her Majesty to honour the band.

The Queen gave The Beatles their MBEs at the ceremony on that day, among 189 people who received awards that day.

Speaking in Anthology, Sir Paul said of that day: “Some equerry to the Queen, a Guards officer, took us to one side and showed us what we had to do.

“‘Approach Her Majesty like this and never turn your back on her, and don’t talk to her unless she talks to you.’

“All of those things. For four Liverpool lads it was, ‘Wow, hey man!’ It was quite funny.

“But she was sweet. I think she seemed a bit mumsy to us because we were young boys and she was a bit older.”

The Beatles co-frontman also said many other recipients asked them to sign autographs, but one of these recipients said to Sir Paul: “I want it for my daughter. I don’t know what she sees in you.”

Sir Paul even recounted how Sir Ringo made The Queen laugh, joking the band had been together for “40 years.”.

Four years later, John decided against keeping his honour, sending back his MBE in one of his many political protests.

He wrote in a letter to The Queen: “Your Majesty I am returning my MBE as a protest against Britain’s involvement in the Nigeria-Biafra thing, against our support of America in Vietnam and against ‘Cold Turkey’ slipping down the charts.

“With love. John Lennon of Bag.”

The medal was discovered in a vault at St James Palace in 2009.

But what about George – why did he not receive a knighthood before his death?

It turns out, George was offered a promotion from his MBE to an OBE, which would have been included in the New Year’s Honours List in 2000.

The citation read: “He was a member of a band that many people would say is the best thing that Britain has ever produced, and possibly the best in the world, The Beatles”.

However, George had turned down the honour, happy with his MBE from the 1960s.

By that time, Sir Paul had already received his knighthood, so perhaps this is part of the reason for not taking on the new medal.

In the end, George kept his MBE and died with just that honour, while his surviving bandmates rose up the ranks.