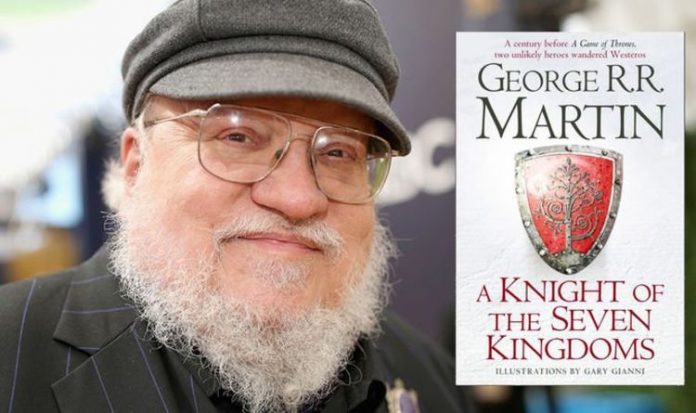 The latest news from Hollywood reports that the streaming giant has its eyes firmly fixed on bringing back as much of Westeros as possible to our screens. Fans should take reassurance how serious this commitment is from the fact that HBO lost millions of subscribers after Game of Thrones ended and will be very focussed on reestablishing its fanbase. Most exciting of all is the news that the new series of one-hour episodes will be based on the popular Dunk and Egg stories. This will open up a totally different view of George RR Martin’s beloved fantasy world away from the glittering courts and politics of the original show and its follow-up House of the Dragon.

The new report said: “The one-hour show would be based on the series of fantasy novellas by George R R Martin, which follow the adventures of Ser Duncan the Tall (Dunk) and a young Aegon V Targaryen (Egg) 90 years prior to the events of A Song of Ice and Fire.”

Aegon’s story is sometimes touched upon in the Game of Thrones books, because his older brother Aemon became the maester of the Night’s Watch and later mentors Jon Snow.

So far there have been three novellas, The Hedge Knight, The Sworn Sword and The Mystery Knight, which were then collected together in the anthology release, A Knight of the Seven Kingdoms.

As with the main Song of Ice and Fire, this spin-off saga is not over yet, with the author promising more adventures to come.

For diehard fans and casual viewers alike, this latest show will be a welcome contrast to Game of Thrones and the upcoming House of the Dragon, which is expected to deliver even greater drama, betrayals and bloodshed.

The Dunk and Egg stories run alongside the main events in Westeros but have a lighter, slightly more ‘innocent’ tone. Even though the young boy ‘Egg’ is actually a Targaryen, he is far removed from the line of succession throughout the events of these first books. It is only later in life that he will eventually take the Iron Throne himself as Aemon Targaryen.

The books depict a sweet-natured character who always, ultimately, seeks to do the right thing and is guided by Ser Duncan, a fiercely humble and honourable knight. Together, Martin uses them to show how Westeros could have been if good men were allowed to govern.