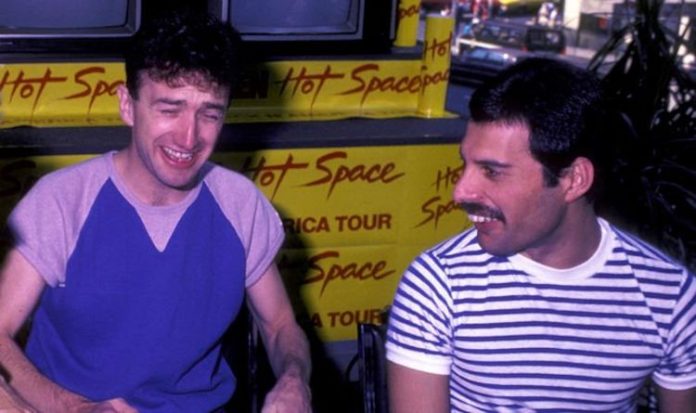 On the set of These Are The Days Of Our Lives video shoot on May 30, 1991, shortly before Freddie’s loss that November, John also refuted the simplistic view many had of him.

He said: “Often it is singers and guitarists who are more outspoken. But behind the scenes, I can be as noisy as any body else.

“I think we all had our fair share of craziness over the years. I can’t say it’s been easy, it’s been difficult at times, we’ve had good times and bad times, when we’ve fallen out and made up…”

During much of that time, Freddie and John formed their own unit in the band, often travelling together on tour.