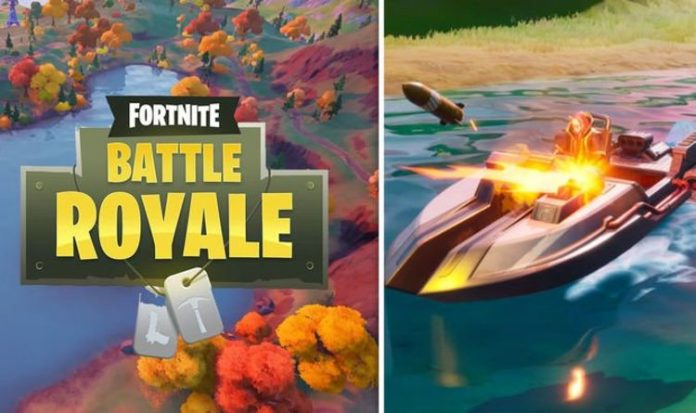 Fortnite developer Epic Games has released the final set of challenges for Season 4 – unless we get some overtime challenges, of course.

If you’re looking to fully level up your Battle Pass and earn all of the Marvel rewards, then completing weekly challenges is the best way to do it.

You can unlock the skins by levelling up the Battle Pass, before completing character-specific challenges to unlock each hero’s true form.

The majority of challenges are worth 25,000 XP, although there’s always one challenge that will net you 50,000 XP.

Based on the leaks, the Week 10 challenges task players with searching chests at Upstate New York and eliminating opponents at Lazy Lake.

You’ll also need to collect metal from Slurpy Swamp, which shouldn’t be too difficult, as there are plenty of slurp barrels to found.

Another challenge tasks players with eliminating opponents with vehicles, which will be easier if you land in busy areas such as Doom’s Domain or Lazy Lake.

Speaking of vehicles, this week’s 50,000XP task challenges players to ride 20,000 meters in a vehicle.

One of the more confusing tasks involves a fishing spot called Heart Lake, which some players have never heard of.

As you can see from the map above, Heart Lake can be found in Upstate New York, just by Tony Stark’s Lake House.

There’s also a time trial challenge in which players must drive a boat from The Fortilla to The Authority.

As you can see from the video below, this is a pretty straightforward challenge, provided you don’t get lost along the way.

It’s also worth mentioning that The Authority has temporarily been renamed as The Ruins for Fortnitemares.

It’s possible that the leaked challenges are incorrect, so check back soon for confirmation.

• Eliminate opponents by hitting them with vehicles