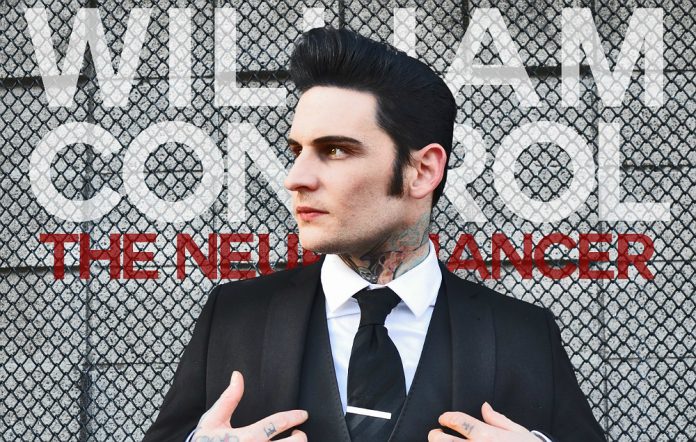 Police have declined to prosecute

Former Aiden frontman and emo solo star William Control has been accused of running a ‘sex cult’, but police are declining to prosecute the singer.

The 36-year-old musician, record producer, author and artist (real name William Roy Francis) has been accused by multiple women who came forward with allegations of physical, sexual, emotional, and financial abuse. It is claimed that he beat them, forced them to get tattoos of his initials and sign contracts in blood, and otherwise abused them for years.

An investigation by The Daily Beast claims that police in Federal Way, Washington investigated claims against Francis, but declined to prosecute.

One woman, identified as ‘Lily’ said: “He had me sign a contract, and the contract had to be signed in my blood.”She added that Francis “wanted me to change my appearance, lose weight—I developed an eating disorder. There were rules, and he would make me film myself doing various degrading sex acts.”

Stormie Somers also said that after being “summoned” to a hotel room, Francis then attacked her. “He collapsed my throat, dislocated my jaw, he gave me black eyes, a contusion to my spine,” she said – adding that he’d tried to recruit more women for his “sex cult”.

“Dear reader, I have seen the latest controversy floating around the internet regarding the same allegations from last year,” he wrote on Facebook earlier this month. “The truth is: I went into the police for questioning about these allegations earlier this year. After showing the detective my side of the story, including private communication, he recommended no charges be pressed, because it was clear the behavior was consensual.”

He continued: “I have, in the past, engaged in heavy role play and bondage relationships WITH consent. However, I do not engage in that sort of play anymore. And for anyone who feels as though I have hurt them or violated their consent, I am sorry. It won’t ever happen again.

He added: “I work all-day every-day in the print shop or in the recording studio making stuff for the fans. I spend my evenings with my wife and son hanging out playing Nintendo or watching cartoons. I haven’t been on the road in almost a year. My life just isn’t that interesting. I’m sorry, I wish it were.

“Please stop harassing and sending death threats to my wife my son. That is way out of line.”

Appearing to retire from music and the public eye, Francis later wrote on Facebook: “I’ve decided that in order to move forward with my life I am shutting everything down completely.

“I’m sorry to everyone but it’s best that I focus on my family and not have any more communication with the outside world.”