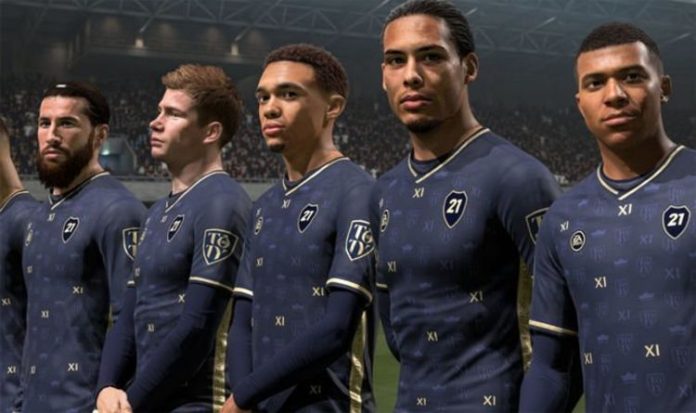 EA Sports will continue the Team of the Year celebrations by releasing a brand new commemorative strip.

The FIFA 21 Team of the Year was announced at the tail-end of the week. It contains 11 of the most consistent players from the previous year.

“70 of the best players from the past 12 months were nominated for the FIFA 21 Team of the Year, with over 10 million votes helping to decide who made the final XI – the definitive list of the world’s best,” EA Sports explains.

“Special TOTY player items featuring some of the highest ratings of the season will be released in FUT 21 for a limited time from January 22 to celebrate each player’s incredible performances over the course of a year like no other.”

That’s on top of former Premier League players such as Cristiano Ronaldo, who currently plays for Juventus.

To further celebrate the launch of the Team of the Year for FIFA 21, EA Sports has unveiled the TOTY kit.

As you can see from the tweet above, the FIFA 21 Team of the Year kit is primarily a navy blue number.

To make the strip that little bit more special, it’s adorned with a golden trim, as well as golden Roman numerals.

If you like the look of the new TOTY kit in FIFA 21, then the good news is that it has a January 24 release date. This means you can pick it up later today.

You can see the full FIFA 21 Team of the Year below.

The FIFA 21 Team of the Year in full…