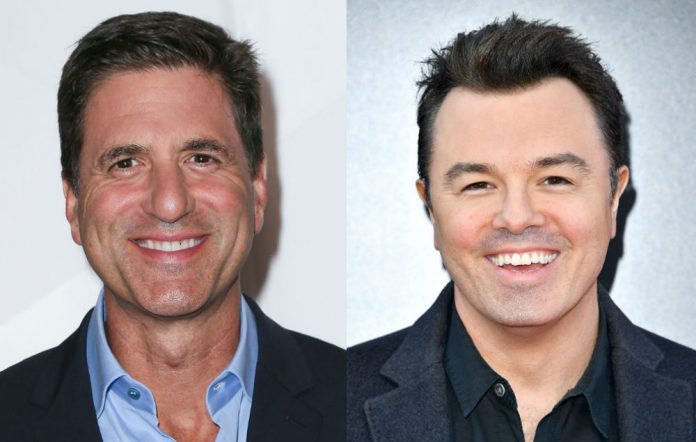 Family Guy creator Seth MacFarlane and Modern Family showrunner Steve Levitan are among some of the stars speaking out about Fox Studios following a Fox News broadcast.

Both Family Guy and Modern Family air on the Fox Network but a recent news piece by Fox News’ Tucker Carlson has caused the pair to blast the station.

In the broadcast, Carlson told viewers to “always assume the opposite of whatever they’re telling you on the big news stations.”

In other words, don’t think critically, don’t consult multiple news sources, and in general, don’t use your brain,” MacFarlane tweeted. “Just blindly obey Fox News. This is fringe shit, and it’s business like this that makes me embarrassed to work for this company.”

Modern Family creator Steve Levitan also weighed in on the issue, writing that he will leave the company once his contract is up.

“Let me officially join @SethMacFarlane in saying I’m disgusted to work at a company that has anything whatsoever to do with @FoxNews. This bullshit is the opposite of what #ModernFamily stands for.”

“Fox Studio has been a wonderful home for most of my career – so many amazing people there who share the concerns about @FoxNews but aren’t in the position to speak out,” he began.

“I have no problem with fact-based conservatism (such as WSJ), but @FoxNew’s 23-hour-a-day support of the NRA, conspiracy theories and Trump’s lies gets harder to swallow every day as I drive onto that lot to make a show about inclusion.

“I look forward to seeing #ModernFamily through to the end and then, sale or no sale, setting up shop elsewhere.” You can see those tweets below.

Ghostbusters and Bridemaids director Paul Feig also commented on the news, writing. “I have made two films for 20th Century Fox and love the people in the movie and TV divisions. But I too cannot condone the support their news division promotes toward the immoral and abusive policies and actions taken by this current administration toward immigrant children.”