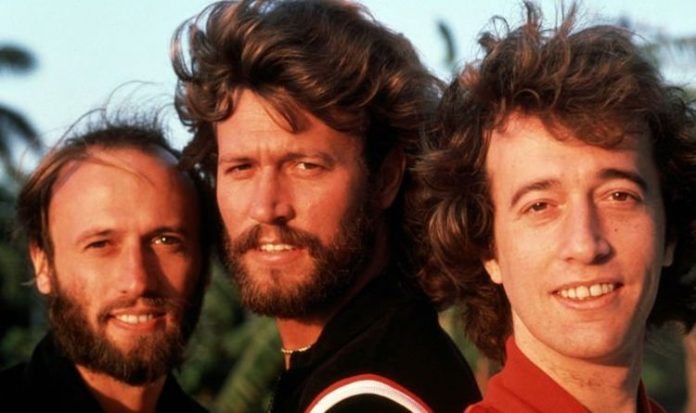 Six decades of music and 220 million records sold. Hairy chests and falsettos and whole lot of jive-talking. The Bee Gees remain one of the most iconic bands in music history. An extraordinary documentary has unprecedented access to archive footage, unseen film and photographs, as well as new interviews with the final surviving brother, Barry Gibb. SCROLL DOWN TO WATCH AN EXCLUSIVE PREVIEW CLIP

The documentary was scheduled for a cinematic release but the global pandemic means home viewers can enjoy it later this month.

How Can You Mend A Broken Heart comes to Sky Documentaries on 13 December and DVD and digital release from 14 December.

The film chronicles the rise of the iconic group, following brothers Barry, Maurice and Robin Gibb from their childhood in Australia back to the family roots in the UK and on to global superstardom.

It also includes new conversations with Lulu, who was married to Maurice Gibb.

How Can You Mend A Broken Heart is helmed by Oscar-nominated director Frank Marshall, who first interviewed Barry Gibb three years ago when he embarked on this project.

The film examines the alchemy of three singer-songwriters from one family whose voices blended to create a unique and unforgettable sound.

WATCH THE EXCLUSIVE CLIP NEXT

Liam Gallagher, himself famously part of a legendary fraternal pop group in Oasis, explains: “You can’t go to a shop and buy that sound. It’s brothers singing together and it’s unique.”

Music experts might talk of Barry’s vibrato, Robin’s tremolo and Maurice’s extraordinary gift to place the third vocal in exactly the right spot, but Barry admits in the documentary that they had no idea what “harmony” even meant when they started out.

And a decade later when the Saturday Night Fever soundtrack smashed every record, Robin admitted: “We didn’t know what was going on.”

Maurice added: “I can safely say it’s changed our lives.”

The film follows the brothers as early success created strains in their relationships and lead to a two-year break in 1969.

In 1977 the band’s fame and fortune went stratospheric with the release of the iconic soundtrack to Saturday Night Fever. It sold over 40 million copies, spawned numerous Number 12 hits and remains one of the best-selling albums of all time.

At the same time, Barry also wrote the song Grease for the movie of the same name in 1978. The single alone sold seven million copies. When the crash of the disco sound at the end of the 1970s took the Bee Gees down with it, they turned their hand to writing for other stars, penning massive hits for Diana Ross, Barbra Streisand and Dionne Warwick.

The band, of course, returned in grand style in 1978 with the album ESP and huge international hit single You Win Again.