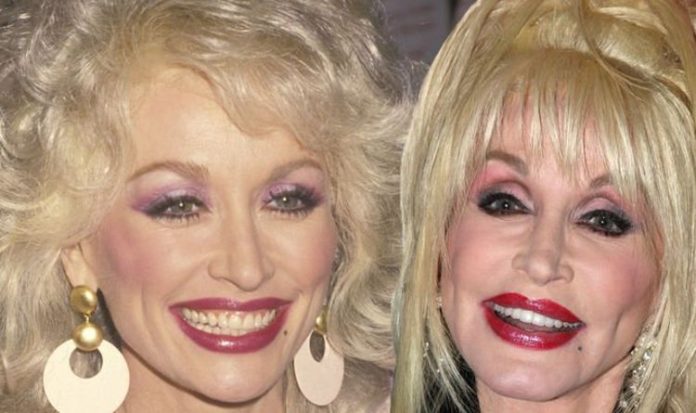 Dolly Parton has been singing country songs for a long time, to the point where many of us can barely remember a time her sweet voice was not on the radio. She is still going strong, having released a new Christmas album only weeks ago. Express.co.uk looks back at her long career and interesting life.

How old is Dolly Parton?

The singer burst onto the scene in a big way in 1967, when she became a regular on The Porter Wagoner Show.

Before that, a 10-year-old Dolly had sung on local radio in Tennessee, as well as performed around her hometown and neighbouring counties.

READ MORE:  McFly band members: Where are the members of McFly now?

From there, her days in the spotlight were only to increase, and she was soon on the syndicated show with Porter.

He was the inspiration behind one of her biggest hits, I Will Always Love You, which is surprisingly not about her personal life with her husband, as many have thought.

It was a really tough time for Dolly, as she had gained enough attention to go at it alone, but she struggled to tear herself away from someone who helped make her a star while also remaining close to him as a friend and mentor.

She said to CMT in 2011: “There was a lot of grief and heartache there, and he just wasn’t listening to my reasoning for my going.

“I thought, ‘Well, why don’t you do what you do best? Why don’t you just write this song?’…

“So I went home and out of a very emotional place in me at that time, I wrote the song, ‘I Will Always Love You.'”

She returned home and played it to Porter, and it was the first time he was able to understand how she truly felt.

But this also made him realise what a special talent she was, and the song affected him in a way she did not expect.

Speaking to The Tennessean in 2015, Dolly said: “He started crying.

“When I finished, he said, ‘Well, hell! If you feel that strong about it, just go on — providing I get to produce that record because that’s the best song you ever wrote.'”

She left him and began a solo career away from the show, despite having released solo records while working with him.

Throughout the rest of the 1970s and 1980s she performed pop-country, moving back to more bluegrass songs in her later years.

She also tried her hand at acting, performing in movies like 9 to 5, Rhinestone and Steel Magnolias.

Most recently, Dolly has appeared in Netflix Christmas specials, with the platform recently releasing her latest movie, Dolly Parton’s Christmas on the Square.

For this movie, Dolly wrote new songs to perform, as well as for the cast to perform, which comes alongside her new album, Holly Dolly Christmas.