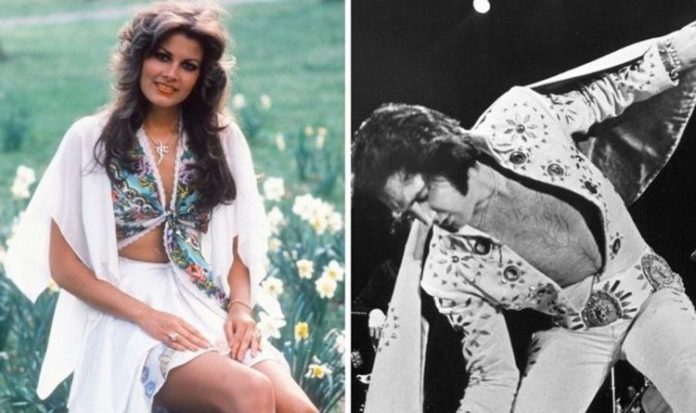 Elvis Presley only ever married once, to his ex Priscilla Presley. However, there were often women around him, some of whom were with him right up until the day he died. But who was the girl who found Elvis on the day of his death and what was their relationship?

Elvis Presley began dating actress Ginger Alden in the later months of his life, after he broke up with Linda Thompson and Mindi Miller.

Elvis and Ginger got together in 1976, the year before Elvis died.

By the time Elvis had started dating Ginger, rumours circulated that his health was deteriorating and he had gained a great deal of weight.

Ginger has spoken out about their time together, claiming the pair were engaged and had sex in their short relationship, and has tried to dispel rumours about Elvis’ final months.

In 2019 she spoke to Inside Edition about her book, Elvis and Ginger: Elvis Presley’s Fiancée and Last Love Finally Tells Her Story, saying: “I went forward with my life. I worked, I got married, had my son.

“And in the course of this, a lot of untruths were being said regarding mine and Elvis’ relationship, a lot of exaggerations.”

Ginger said she and Elvis were very happy and even claimed they were engaged.

Speaking about the state of Elvis’ health towards the end, she said: “There are things that I’ve seen in books and I’ve said, this wasn’t what I witnessed.

“This wasn’t the person I loved. This wasn’t how he was those last nine months, and I was with him 98 per cent of the time.

“He had asked me to move into Graceland but I never did and he said, ‘I respect you for that.’ I just didn’t at the time. It wasn’t my way.

“I was up there pretty much every day and I think the portrayal — the image of him — has been really unfair.”

Talking about Elvis’ weight in his later years, Ginger said: “Elvis was not someone sitting up and gorging on — he could be compulsive sometimes when eating certain food.

Speaking in 2014, Ginger said: “Elvis looked as if his entire body had completely frozen in a seated position while using the commode and then had fallen forward, in that fixed position, directly in front of it…

“It was clear that, from the time whatever hit him to the moment he had landed on the floor, Elvis hadn’t moved.”

This would have been an incredibly difficult thing to witness, and Elvis died that day in hospital.

Since then, various conspiracies have come out about what happened to Elvis, and what his true cause of death was, but it was ruled by the coronor as cardiac arrest.