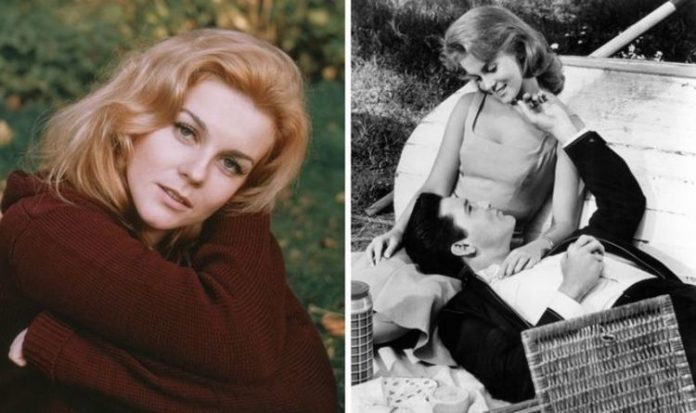 He said: “He sent flowers and you knew he was dead when the flowers didn’t arrive – he’d send you flowers whenever you had a new engagement in the shape of a guitar?”

Ann-Margret, clearly becoming choked up at the memory, quietly replied: “It was unreal. It was just unreal… because I’m real private, and he was too.”

Ann-Margret and Elvis’ relationship took place after they met on the movie set, which was filmed during the summer of 1963.

At this time, Elvis had been courting a young Priscilla Beaulieu, whom he had brought from Germany after serving in the US Army, and had her living at Graceland.