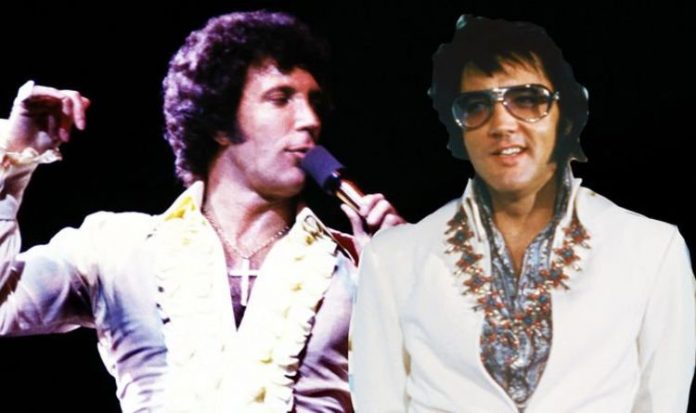 Hutchins also became friends with Elvis’ wife, Priscilla, and gave a unique perspective on the deep ties between the two singing superstars and their rivalry.

He said: “Whenever he (Elvis) was in the audience for one of Tom’s shows, he’d jump on stage and join him for a spot of playful banter.

“This delighted the fans who got two superstars for the price of one, but Tom had no intention of letting Elvis share his limelight in an impromptu duet.

“More than once, I heard him tell his stage crew: ‘Hide the microphone. Presley’s in.’”

Hutchins also revealed that Sir Tom could also be rather cutting about his fellow singer’s vocals.