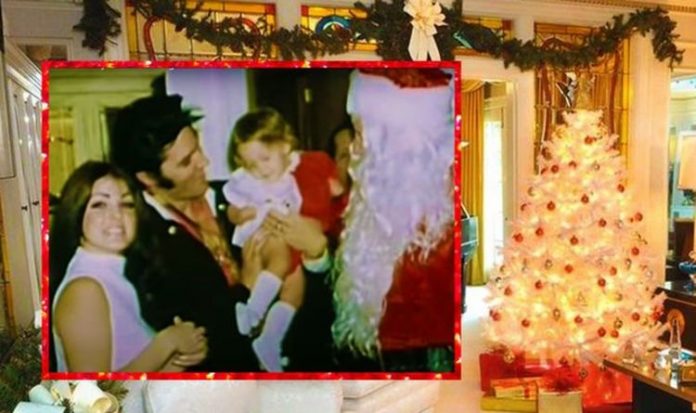 Elvis spared no expense at any time of year, but he went all out at the holidays. Priscilla revealed his extraordinary generosity to everyone around him, as well as his love of pranking people. She said: “What do you buy the guy who has everything? Christmas for Elvis wasn’t about receiving it was always about giving. It was about seeing the reaction on people’s faces when he would give them things.” On his very first Xmas in his new home in 1957, the star gave everyone in his entourage a thousand-dollar bill. And that was just the beginning, although one year he also played a hilarious joke on his ‘Memphis Mafia.’

Priscilla added: “He overheard some of the guys from the entourage talking about their Christmas bonuses and he actually went to the McDonald’s down the street and got them all gift certificates.”

The punchline of the joke was that each gift certificate was for only fifty cents. Of course, later on, everybody also received their usual extraordinary presents which ranged from cars to jewellery, plus large cash bonuses for his entourage.

Elvis would talk about his mother, who he never stopped missing, and never forgot his humble roots, saying: “I wonder what all the poor folks are doing tonight. I wish I could feed all the poor kids and give them presents.”

Priscilla was introduced to this incredible world when she started dating the star as a young teenager in Germany.

They met in September 1959 and Priscilla has spoken about their first Xmas together and how she hunted high and low for the perfect gift.

She finally chose a set of bongo drums which are still kept at Graceland to this day.

Over the years, Elvis lavished numerous luxury gifts on her, starting with a solid gold watch encrusted with diamonds in 1959.

One of Elvis’ favourite Xmas gifts was the model car racing track which Priscilla gave him in 1965. He loved it so much he kept adding to it until it eventually needed its own room. A new extension was built which became the Trophy Room and also stored all his gold and platinum discs.

Of course, once Lisa Marie was born in 1968, Elvis focussed all his attention on making Xmas magical for her. He would stay up until everyone had gone to bed to put his daughter’s gifts under tree and then excitedly wait “like a child” for her to wake up and discover everything laid out for her.

As Lisa Marie grew older her gifts included a little fur coat, diamonds and even her own golf cart so she could join her father racing around the gardens.

Graceland will fill throughout Christmas with family and friends and Priscilla described a home filled with good food and music – but not Elvis’ own songs.

She said: “We had a cook that worked full time for us. She would serve ham and turkey with all the trimmings. It was very lavish and grand, that’s for sure. There were about 12 people at the table and a few more in the kitchen.

“We didn’t play Elvis’ records, he was really quite shy and almost a little embarrassed to play his own records. If he was to play any records it would be other artists. He loved Roy Orbison, he played Brenda Lee, he loved Glen Campbell. We had the radio on a lot.”