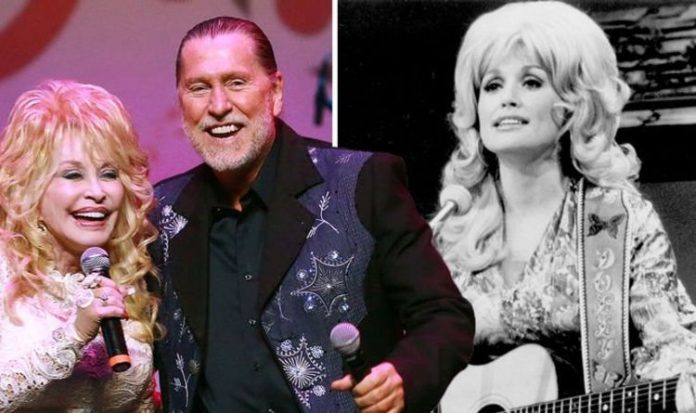 Dolly Parton came from a huge family, surrounded by loving parents and siblings throughout her childhood. Randy Parton, a fellow country singer, was one of Dolly’s siblings, who also tried his hand in the music business. But who is Dolly’s brother Randy, and what has happened to him?

Who was Randy Parton?

He was Dolly and their sister Stella’s younger brother, while being the older brother to Rachel Dennison, a beloved actress.

Randy had a few hits in his time, and was the first singer to record Roll On (Eighteen Wheeler) in 1982.

He played in the band for his sister, Dolly, playing the bass guitar, and contributed songs to some of her work, such as her recent Holly Dolly Christmas album.

He also sang a song on the Rhinestone soundtrack, a movie in which his sister performed.

However, it was announced today (January 21) that he has “lost his battle with cancer” and died, with Dolly sharing a heartwarming tribute to him.

She said: “My brother Randy has lost his battle with cancer. The family and I are grieving his loss but we know he is in a better place than we are at this time.

“We are a family of faith and we believe that he is safe with God and that he is joined by members of the family that have gone on before and have welcomed him with joy and open arms.

“Randy was a great singer, writer, and entertainer. He sang, played guitar and bass in my band for many years.

“He headed his own show at Dollywood since it opened in 1986. He’s had several chart records of his own, but his duet with me on Old Flames Can’t Hold A Candle To You will always be a highlight in my own career.

“You Are My Christmas, our duet on my latest Christmas album, joined with his daughter Heidi, will always be a favorite.

Speaking about her siblings over the Christmas period, Dolly revealed one of the most precious gifts she ever received was her younger brother, Randy, who was born in December 1953.

Speaking on Instagram’s #TakeABreak series, Dolly said: “We always got in the mail, like most people did back then, Daddy called it the wish book but it was the catalogue.

“Over in the toy section they had a walking, talking doll, and it was one that you could feed it water and it would pee, and you can change its diaper, and it had tears and all of that.

“We wanted one of those dolls so bad. So my brother Randy, who was our December baby, he was born so close to Christmas.

“And we had our own baby that year, our own walking, talking doll who cried real tears and he created a lot of them.

“We’d have to rock him, take care of him, we had to diaper him too, which wasn’t as much fun as a doll would have been I don’t think. But we loved him.”

While Dolly may have been surrounded by siblings, Randy was very close to her heart and, as her statement showed, will be sorely missed.