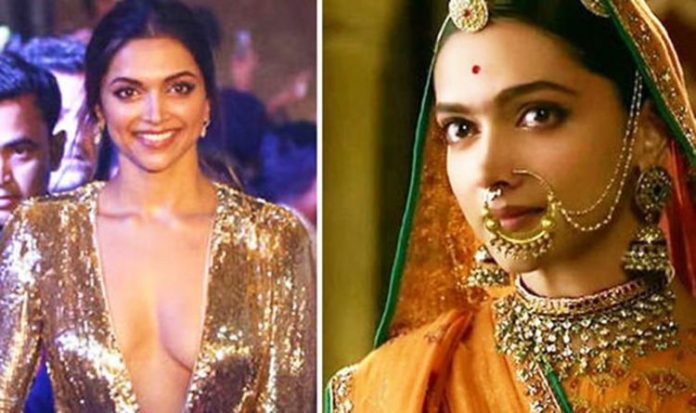 Padukone is one of the Queens of Bollywood, and she is particularly known for tackling challenging and sometimes controversial roles. Even before Padmavaat hit cinemas, enraged religious and regional groups were protesting the film with calls to cut off the star’s nose, and behead her and the film’s director Sanjay Leela Bhansali. The national courts rejected calls to ban the movie and had to enforce its distribution in some states. Padukone stands by her work and posted an emotional video this week on the third anniversary of the film’s release.

The video shows never-before-seen scenes from the film shoot, including a tearful moment on set.

Padukone tagged the post: “Some memories & experiences are difficult to articulate but live in your heart forever. Padmaavat was one such experience. Thank you Sanjay Leela Bhansali for entrusting me with this movie & character of a lifetime.”

The video also includes the actress make a passionate speech to her director in front of the cast and crew.

Padukone said: “Whatever we have experienced in this one year, you came to the set every day with the same excitement and same enthus iasm and made this dream possible. Thank you so, so much. A

“After Ram-Leela and Bajirao, we all thought what could be bigger than this and how much bigger than this, but it happened. Because of your hard work, You let us do it with so much ease. Thank you so much.”

She went on to humbly express her amazement that the role had been entrusted to her.

The film is based on the Padmaavat, by 16th-Century poet Malik Muhammad Jayasi. It tells the dramatic story of the Rajput queen Padmavati, who killed herself after her husband is defeated in battle rather than be taken by his conquerer.

Even though at the time the poet called it a work of fiction, Rajput communities in India still revere the story.

After teh film was released, Padukone was also forced to address a backlash claiming it glorified Padmavati’s death by the traditional act of jauhar. This was a group act where wives burned themselves alive rather than be taken and dishonoured by invaders.

She said: “It is important to view a film in totality and to see in which period it was set in…. I think for me this film is not just about the act (jauhar) that they all committed, but it stood for so much more. For me, it’s a celebration of women and their strength, power and dignity.”