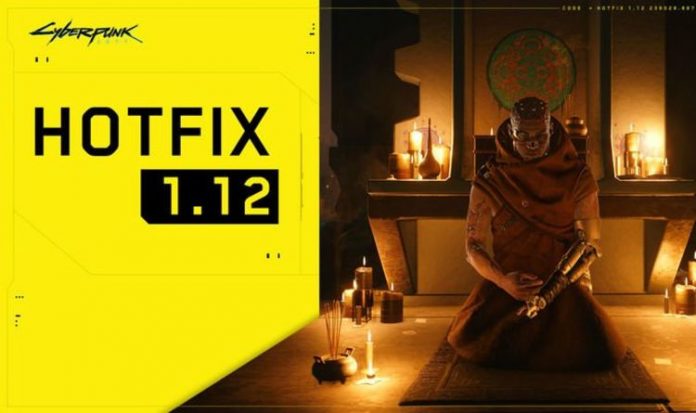 Cyberpunk 2077 hotfix 1.12 is out now, with new patch getting released by CD Projekt Red today.

The latest Cyberpunk 2077 update has only been released for PCs and brings with it a few changes – but nonetheless important ones.

The main fix that Cyberpunk 2077 1.12 brings to the table is addressing a vulnerability that could have been used in remote code excection.

“This update addresses the vulnerability that could be used as part of remote code execution (including save files): Fixed a buffer overrun issue. Removed/replaced non-ASLR DLLs.”

Remote code execution, as the name suggests, is when bad actors are able to exploit a vulnerability to exploit code on a target’s machine remotely.

Highlighting the issue that the latest hotfix has fixed, the official CD Projekt Red Twitter earlier this week tweeted: “If you plan to use @CyberpunkGame mods/custom saves on PC, use caution.

“We’ve been made aware of a vulnerability in external DLL files the game uses which can be used to execute code on PCs. Issue will be fixed ASAP. For now, please refrain from using files from unknown sources.”

The release of hotfix 1.12 comes after last month CDPR outlined their roadmap for upcoming Cyberpunk 2077 updates.

In it they said: “We are committed to fixing bugs and crashes and will continue to work and improve the game via future updates to make sure you are enjoying the game regardless of the platform.”

The Cyberpunk 2077 makers also said their focus is on pushing out fixes and updates, as opposed to the “free DLC” they previously said was coming in early 2021.

CD Projekt Red said: “We’re still planning on releasing free DLC for the game, just like with The Witcher 3. However, we have decided that our priority is working on the most important fixes and updates. We will be releasing free DLC afterwards — we’ll have more to say about that in the coming months.”

In the roadmap CDPR also said they are aiming for the next-gen update for Cyberpunk 2077 to arrive in the second half of 2021.