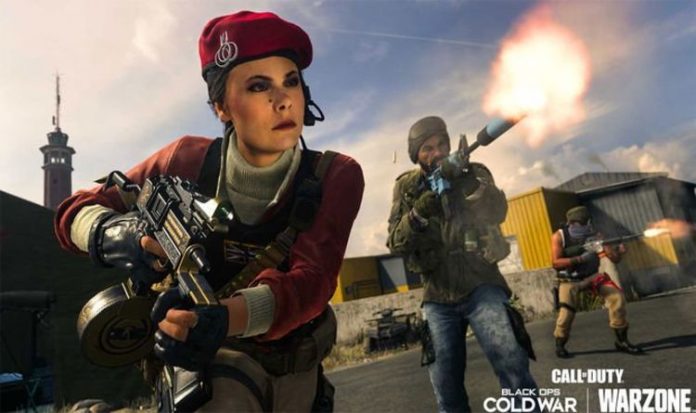 Developers Treyarch has announced their plans for the Call of Duty Warzone update for Black Ops: Cold War Season 1. The first phase will be launching a new Cold War patch today, bringing with it a number of changes to the game.

This includes the following:

Activision has confirmed that the Call of Duty Black Ops: Cold War update will be going live at 7am GMT, on December 15.

A further message has revealed that the Warzone update time has been set for 24-hours later, at 7am GMT, on December 16.

“Watch for patch notes before Season One goes live, covering these changes and everything coming to Black Ops Cold War and Warzone on Dec. 16th.

“Expect download sizes for this #BlackOpsColdWar update to range from 3.4GB to 7.1GB, depending on your platform. #Warzone players will have a separate download incoming tomorrow.

“Warzone’s update is planned to go live 24 hours later at the start of Season One.”

This latest message suggests that Season 1 will not be going live until Warzone is updated, and for some that will mean things kicking off on December 15, if you live in the United States.

A big piece of the new launch will be the Cold War Season 1 Battle Pass, which will be available across Black Ops and Warzone.

“Each season of Black Ops Cold War and Warzone comes with a Battle Pass System, which allows you to earn a selection of free items, including two new base weapons, several Weapon Blueprints, up to 300 COD Points, and more.

“If you want to unlock more content through this system, purchase the Season One Battle Pass. By getting the Battle Pass, you’ll be able to get access to all 100 tiers, rather than just the free tiers included with the system.

“Just by playing the game, you can earn up to 300 COD Points through the Season One Battle Pass System.

“Purchase the Season One Battle Pass, and you will be able to earn an additional 1,000 COD Points, which can be used toward a future Battle Pass or Store Bundle purchase.

“All these items represent just some of the tiers that can be unlocked in the Season One Battle Pass.

“Through all 100 tiers, you’ll get even more Weapon Blueprints, Reticles for optics, Vehicle Skins, Weapon Charms and Stickers for weapons, Calling Cards and Emblems for your player profile, and Double XP Tokens, which are all unlocked by simply playing the game.”

Expect more news and the final trailer releases from Treyarch in the next 24-hours regarding Call of Duty Black Ops: Cold War Season 1.