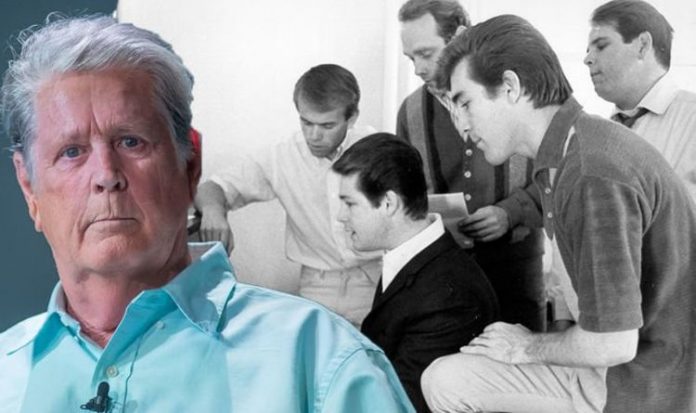 The Beach Boys started as a family band, with the Wilson brothers and their cousin, Mike Love. They got Al Jardine, a friend of the family, involved and so the Beach Boys were born. Over the years the line up has changed a great deal, and some members are still performing, but not as one would expect – but how old is the frontman Brian Wilson?

He has outlived his two younger brothers, Carl and Dennis, with whom he performed in The Beach Boys.

Brian was the brainchild of the group in the early days and became fascinated with harmonies and music as a child.

Brian soon started writing songs, and soon the boys were joined by their cousin, Mike Love.

They joined up with Al Jardine, a friend from school, and soon the Pendletones were born, though Dennis was the one to convince them to incorporate surfing into their musical style.

Al’s time in the band was short at this stage, as he left to pursue a career in dentistry, at which time he was replaced by the Wilsons’ childhood friend David Marks.

However, by 1963, only a few years later, Al rejoined the band after David left.

During the mid-1960s, Brian began to find the stress of touring and producing music, for both the band and other artists, too much of a strain.

In 1964, during a US tour, Brian had a nervous breakdown during a flight from Los Angeles to Houston.

When this happened, Brian left the band to concentrate on writing and producing, at which point Glen Campbell replaced him for live shows.

When Glen’s career pulled him away from touring with the band, Bruce Johnston replaced Glen, and soon he became a permanent member of The Beach Boys.

In 1983, Dennis died after leaving the band due to his lack of reliability and growing dependence on alcohol.

Dennis was given an ultimatum by the band to seek help for his alcohol abuse, at which point he did, but only a few days later, on December 28, 1983, he drowned in a marina in California.

At that time, Brian had also left the band once again after an overdose on alcohol and various drugs saw him put into a programme to bring him back to health, though soon it was clear this was causing other issues.

Many years later, in the mid-1990s, David rejoined the band for touring performances.

Not long after, on February 6, 1998, Carl died from lung and brain cancer, and the band splintered.

Mike, Bruce and David attempted to tour under a different band name, knowing The Beach Boys was a name which did not belong to them, but they struggled to book gigs.

As a result, Mike sought to secure the license to tour as The Beach Boys, which he won.

Brian declined the license, and as part of the agreement Mike was obliged to maintain a revenue flow to Brother Records Inc, meaning touring was a huge part of his future.

Al, meanwhile, wanted to tour with a different band, called The Beach Boys Family & Friends, in his super-group.

The Beach Boys under Mike and Bruce saw a huge number of departures and arrivals, including when David left the group.

As for Brian, he joined for a reunion tour in 2012, but since then he has not performed as part of the band.