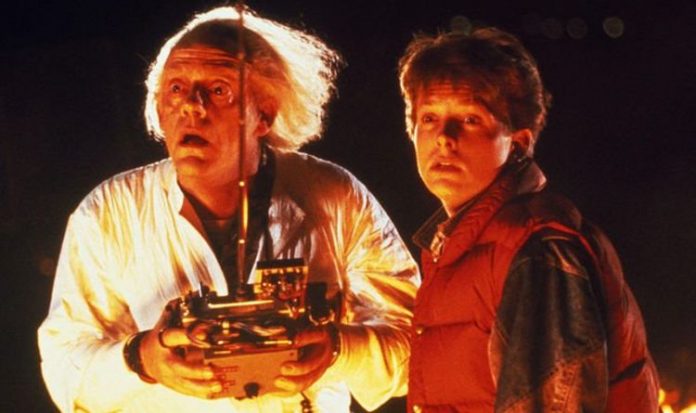 The 1980s had some of the best-loved Hollywood blockbusters of all time. And now a new UK poll conducted by the Official Charts Company and FindAnyFilm.com, it has been discovered that Britain’s favourite is time travel comedy Back to the Future. Below is the full Top 10 Movies of the 1980s.

The poll was launched to mark Must See Movies 80s, which sees stores like Amazon, ASDA, HMV, Morrisons and Tesco celebrating the best movies of the decade with exclusive DVD collections.

The vote took place across October and voters selected their Top 3 movies of that decade.

Despite Die Hard and Blade Runner getting sequels in recent years – with Bruce Willis recently reprising John McClane for a car battery advert – Back to the Future has not had any beyond its original trilogy.

Last month, Express.co.uk spoke with Back to the Future co-creator Bob Gale who revealed the real reason why that was the case.

We asked the producer and screenwriter if he ever considered a Back to the Future 4 over the years.

Gale replied: “Y’know we kick around things every once in a while.

“But look, the bottom line is, doing Back to the Future without Michael J Fox is just not something that we want to see; I don’t think anybody wants to see. To create a future version of Marty McFly where he has Parkinson’s disease…that really doesn’t sit right.”

But what about a sidequel like Jurassic World, which is set in the same universe as Jurassic Park, but years later and follows different character?

The Back to the Future legend replied: “Look I suppose you could do that, but the creative side of me says, ‘We’ll just do something completely new.’

“If you’re going to throw everything out for this or this, throw it all out and make it new, make it original, make it special.

“Make people say, ‘Well okay, my expectations for that didn’t exist’, because once you tie it into Back to the Future, you’ve set a pretty high bar to compare it to.”

Nevertheless, Back to the Future is getting a musical from Gale and the original team and opens in London’s West End next year.