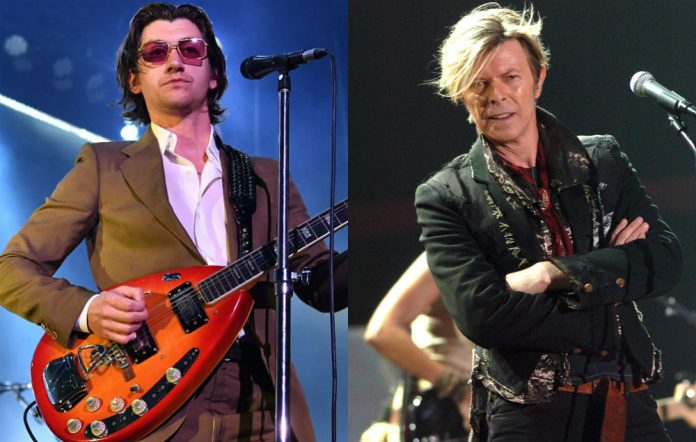 “Our tour manager didn’t even realise”

Arctic Monkeys have shared a story of an instance when they unwittingly asked David Bowie to leave his table while he was attending one of their gigs.

The band were speaking to Jo Whiley on BBC Radio 2 when frontman Alex Turner revealed that the late Bowie was moved on from where he was sat when he attended one of their shows in New York to make way for his family.

“They had tables up the top for guests and VIP guests and I think Bowie was sat there with whoever he came with,” said Turner. “And our tour manager didn’t even realise and he moved him so my brother and his wife could sit there and watch it and have a better view.

“He didn’t say anything like, ‘I’m David Bowie’ – he just moved politely and then came to say hello afterwards.”

The interview also saw Turner and Helders rank a selection of their songs in stars out of five.

Other than playing Scotland’s TRNSMT Festival, the band’s upcoming UK and Ireland tour dates are below. Tickets are available here.