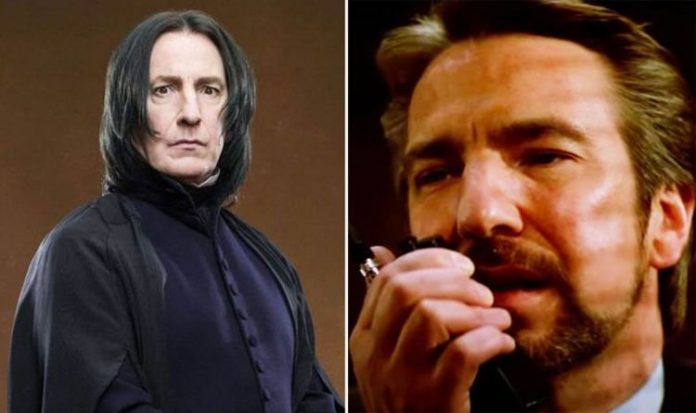 Rickman’s role in the 1988 action classic, which is definitely a Christmas movie, set him up as one of the greatest Hollywood villains of all time.

A cold criminal, Gruber and his team hold hostages ransom at the Nakatomi Plaza while Bruce Willis’ John McClane swoops in to save the day.

As for Rickman’s best moment, it has to be the shot of him falling to his death – one that was more real than films fans might have first thought.

The Die Hard baddie agreed to do the fall for real from 25 feet down to an airbag; so had to prepare himself mentally for the stunt. However, on the first take, Rickman was released earlier in the countdown to capture his real shock reaction to the fall.