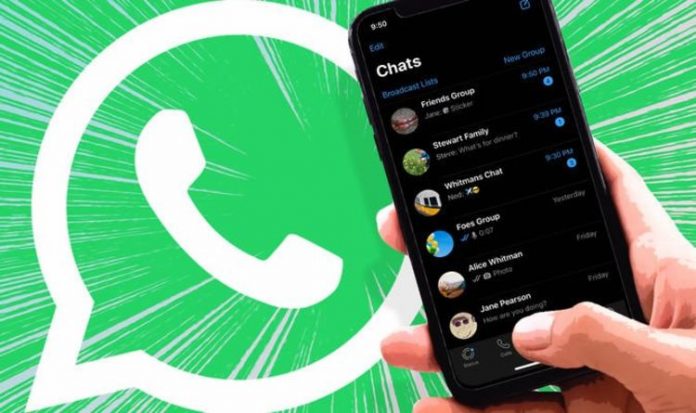 If at first you don’t succeed, try and try again. That’s the approach that Facebook seems to be taking with its hugely-popular WhatsApp messaging platform. Following a pretty disastrous worldwide launch of its new privacy policy, which some users saw as an attempt to siphon more personal data from the secure chat app, WhatsApp pushed back the deadline to agree to the new small-print by three months. With that deadline now looming on the horizon again, WhatsApp has kickstarted a second push to get users to agree to the updated terms and conditions.

Following the outcry from fans in January, which saw millions of WhatsApp users delete the messaging app and move to rival chat apps like Signal and Telegram, WhatsApp is keen to stress that its latest update to the T&Cs does not enable parent company Facebook to gleam any more data from your personal chats. Instead, the change will only impact conversations with a business account – like a customer care line for an online fashion brand, for example. And even then, the data that can be accessed between these optional interactions with business accounts will not apply in the UK or mainland Europe, thanks to EU regulation.

With the changes still going ahead, WhatsApp has published a fresh blog post that confirms users will start to receive a new banner in-app that will encourage them to learn more about the update and what is (and more importantly: what isn’t) changing. Unlike the first time around, WhatsApp is really spelling out that users’ messages will remain end-to-end encrypted, which means that everything is locked away so that nobody at WhatsApp (or anyone who intercepts the text) can read the contents apart from you and the intended recipient.

Of course, it’s worth noting that Facebook already has access to a number of data points from WhatsApp users. For example, when registering for a WhatsApp account, your mobile phone number is sent to the parent company. Facebook is also able to see your mobile device information, including the brand and model of device that you’re using to access WhatsApp.

“As a reminder, we’re building new ways to chat or shop with a business on WhatsApp that are entirely optional. Personal messages will always be end-to-end encrypted, so WhatsApp can’t read or listen to them. In the coming weeks, we’ll display a banner in WhatsApp providing more information that people can read at their own pace. We’ve also included more information to try and address concerns we’re hearing. Eventually, we’ll start reminding people to review and accept these updates to keep using WhatsApp,” the blog post explains.

As well as clarifying what data will be visible to Facebook, the blog post hits out at rival messaging platforms that have benefited from the recent backlash against WhatsApp. It adds: “We understand some people may check out other apps to see what they have to offer. We’ve seen some of our competitors try to get away with claiming they can’t see people’s messages – if an app doesn’t offer end-to-end encryption by default that means they can read your messages.

“Other apps say they’re better because they know even less information than WhatsApp. We believe people are looking for apps to be both reliable and safe, even if that requires WhatsApp having some limited data. We strive to be thoughtful on the decisions we make and we’ll continue to develop new ways of meeting these responsibilities with less information, not more.”

Telegram, one of the rival messaging apps that gained 25 million new users in a single day following the initial privacy policy roll out from WhatsApp, does not use end-to-end encryption by default. Instead, users need to enable the optional “secret mode” to guarantee that all of their text messages are shielded from prying eyes.

While WhatsApp is correct to point that out, another popular choice for those turning their backs on WhatsApp, known as Signal is widely considered more secure as it open-sources its code to scrutiny from experts across the globe. It’s recommended by WhatsApp co-founder Brian Acton, whistleblower Edward Snowden and Tesla CEO Elon Musk, to name just a few of its cheerleaders.

Finally, WhatsApp has updated an FAQ on its website to confirm what will happen to those who decide not to sign-up to the new privacy policy terms. Despite rumours to the contrary, WhatsApp states that it will not delete your account and the chat history and data associated with it. In fact, you will continue to be able to receive calls in WhatsApp for some time after the deadline in May.

However, at a certain point (WhatsApp doesn’t confirm how long you’ll be able to continue using parts of the service without agreeing to the new small-print) you will be completely cut-off. It clarifies: “If you haven’t accepted by then, WhatsApp will not delete your account. However, you won’t have full functionality of WhatsApp until you accept. For a short time, you’ll be able to receive calls and notifications, but won’t be able to read or send messages from the app.”