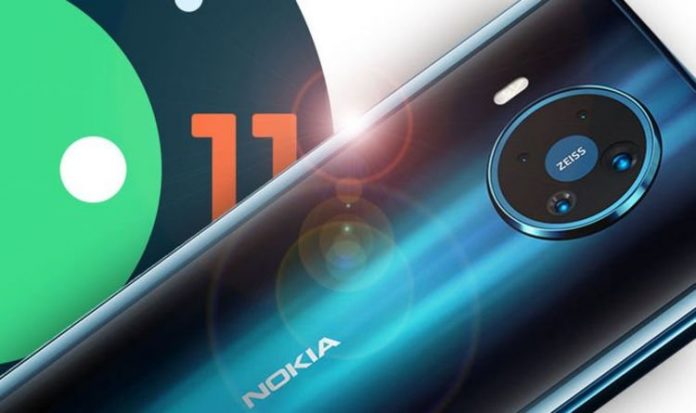 Nokia is usually pretty quick off the mark with its Android upgrades, however, the company has dragged its feet this time around. While Android 10 started to appear on some Nokia handsets within a month of Google releasing the software, Android 11 has been much slower. However, Almost six months since launch on Pixel smartphones, Nokia is now finally bringing Android 11 to some of its devices.

HMD Global, which now owns the Nokia brand, has just announced that the first to get the blockbuster upgrade will be the Nokia 8.3 5G.

Nokia has long prided itself on being one of the only Android manufactures to dish out regular updates. The Nokia 8.3 5G is a good example as, when it launched, those buying one were the promised of three years’ worth of security updates and two years of OS upgrades.

Nokia says that promise ensures that its smartphones stay safe, secure and up to date for consumers who buy them. Once Android 11 lands on these devices, owners will be treated to a swathe of features including being able to manage conversations across multiple messaging apps all in one place. There’s also the option to hear a full snapshot of your day by simply saying “Hey Google, show me my day”.

Speaking about the update, Juho Sarvikas, Chief Product Officer and Vice President of North America, HMD Global, said: “The Nokia 8.3 5G has opened the flood gates for our Android 11 upgrade journey with many more of our smartphones soon to join the ranks.

“Bringing the latest operating system to a smartphone portfolio is by no means an easy feat; it is an intricate process involving a multitude of partners and a variety of tests. I’m thrilled by our team’s dedication in bringing the next step in Android OS innovation to our Nokia smartphone customers. We want to ensure that Nokia phone users have high-quality and safe smartphone experiences, which are intrinsic to our company’s ethos.”

Along with news of Android 11, HMD Global has also announced the launch of a new phone which gets a very cheap price tag. The latest Nokia 1.4 costs just £89.99 but still manages to feature a 6.51-inch screen, two-day battery life and dual-lens rear camera. The Nokia 1.4 will be available in the UK from mid-March and comes in three colours including Fjord, Charcoal and Dusk.