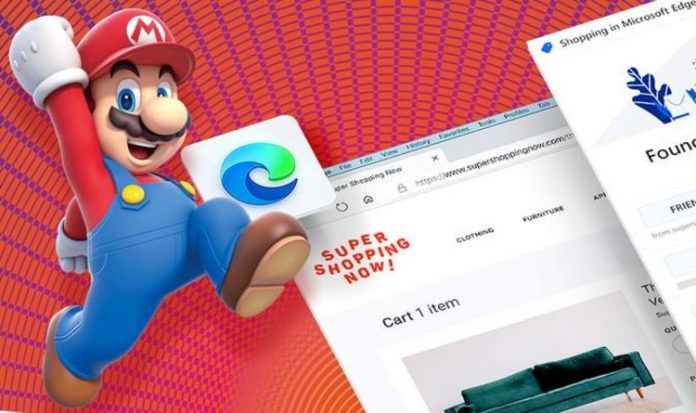 There are a number of reasons we’d suggest switching from Google Chrome, the most popular browser on the planet, to Microsoft Edge. In our tests, Edge was speedier and easier on our laptop battery than the market-leader. But while there are plenty of legitimate reasons to make the move to Edge, the ability to play illicit versions of some of the most popular video games of all time, including Super Mario Bros. and Sonic The Hedgehog, is not one of them.

A number of users had published extensions for Microsoft Edge that enabled browser users to play illegal copies of a number of iconic games, including Mario Kart 64, Super Mario Bros, Sonic The Hedgehog 2, Pac-Man, and Tetris. The Microsoft-owned game Minecraft was even available with an extension for its browser.

Some of these titles have reviews dating back to October 2020, which suggests they’ve been available in the Microsoft Edge extension store for some time. For those who don’t know, the extension store is where Edge users can install lightweight apps that bring extra functionality to the browser. Although, it’s worth noting that since Microsoft Edge is now based on the same Chromium codebase as Google Chrome, any extensions found in the rival Chrome Webstore are also compatible with Edge.

The games, which were first spotted by technology blog The Verge, have since been removed from the Edge extension store. It’s unclear why these illicit games – which offer free access to titles that you’d usually have to pay to access on rival platforms, including the Nintendo Switch – were able to reside on the Microsoft extension store without repercussions for so long.

Following the recent removal of a number of these titles from the store, new options have started to spring up, including another Super Mario game, Cut The Rope, Flappy Bird, Fruit Ninja, and Temple Run.

Google Chrome users aren’t able to find the same copies of these hugely-popular games in the Chrome Webstore.

While it might be tempting to play addictive games like Sonic The Hedgehog and Super Mario Bros between spreadsheets and work calls on Zoom all within your browser – however, we’d caution you against installing any of these titles. While it’s possible that someone has created a version of these classic SEGA and Nintendo to help with the Work From Home boredom… it seems much more likely these well-known titles are a way of luring people into installing small apps onto their machine with the potential to siphon personal details from your web browser.