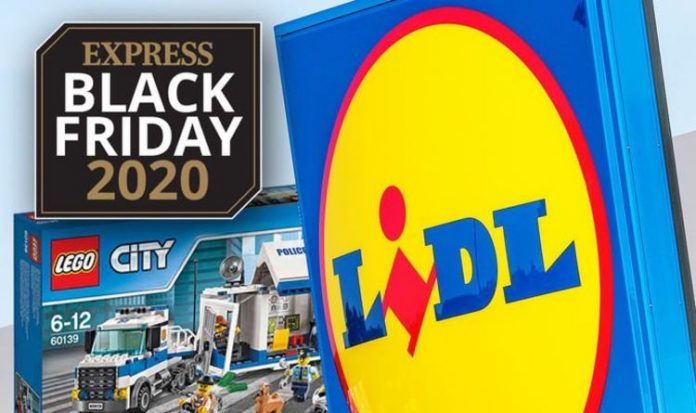 Bargain hunters have a busy week ahead with Black Friday 2020 sales set to get underway on November 27. This annual shopping event has become an unbeatable time to grab discounts. Some of the UK’s biggest retailers, including Currys and Argos, have already started to cut prices and now Lidl is joining the party.

The supermarket giant has just launched its early “Branded Toy Event” sale with huge deals on products including LEGO, Scalextric and Barbie. The deals have already gone live on Lidl’s website …although there’s no word when they end so hang around if you fancy taking advantage of the offers.

All of these deals are available now in select stores but that’s not all from Lidl. The company has also launched its Black Friday page which reveals what will be on offer from November 27 and it’s good news for gadget fans.

Other deals include money off Vax vacuum cleaners, Panasonic microwaves and Oral B toothbrushes. If you enjoy a coffee to get your day underway then there are over £50 off the Bosch Tassimo Vivy 2 which can make over 40 delicious drinks.

And to get healthy after Christmas there’s a Nutribullet 600 Series Starter Kit which makes protein-packed smoothies for under £40. As we mentioned earlier, all of these deals are available from November 27.