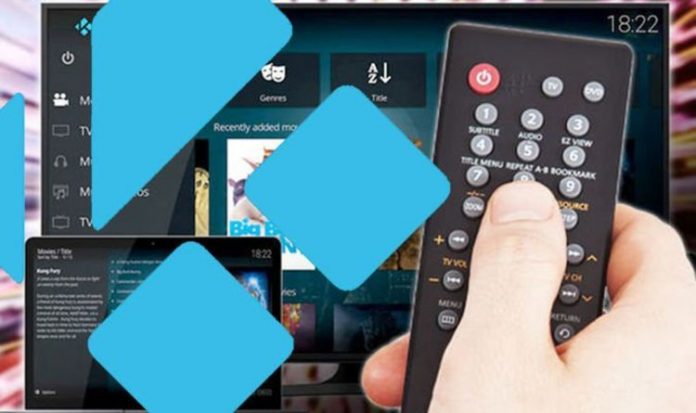 Kodi users are being treated to some new features and an updated look on their TVs but it’s not all good news as some addons could be affected by the changes. The popular player has just announced the public release of its new 19.0 “Matrix” upgrade which features improved playback for music fans and better video quality on platforms such as Windows 10 and Android. Kodi has also revealed a new look with some subtle changes aimed at making the overall user experience a little better.

Security has also been beefed up with Kodi trying to help keep its users safe from “intentional or unintentional” problems.

Speaking about the update, Kodi said: “Yes, it’s here! After several iterations of alpha, beta and RC, Team Kodi is pleased to announce that Kodi 19.0 “Matrix” has just been formally released on all supported platforms.”

A full list of new features can be found on the Kodi website but one thing the team behind the update has revealed is that some addons might stop working when users upgrade to Matrix 19.0.

In a message on its blog post, Kodi warned: “We’ve finally made the wholesale move to Python 3 and ported our addons across. Much of the community has come with us, so, hopefully, your favourite addons will still function, but we’re at the mercy of third-party contributors to update their work.”

The use of players such as Kodi remains a grey area. This software is totally legal to download in the UK but there are clear warnings about the way this player is used in homes.

Via its open-source platform and the ability to install addons, users can easily find and stream premium content such as sports and movies without paying which is clearly illegal.

At the end of last year, the UK authorities issued a major warning to consumers who were accessing shows illegally.

The alert came from Lancashire Constabulary’s Cyber Crime Unit with some 7,000 people thought to be on the list to have received the notices from police. The warning letters alerted households to the possibility of up to five years behind bars if anything untoward is found when their streaming activity is monitored.

“These notices are a direct and alarming wake up call for people using illegal streams,” warned Kieron Sharp, CEO of the Federation Against Copyright Theft (FACT). “If you use illegal streaming services you are accountable for your actions and you will be pursued. This is not a grey area and it is not worth the risk.”

In recent years Kodi has tried to distance itself from this online activity.

In a post on its blog titled, ‘In Defence Of Our Good Name’, the TV player said: “We do not support media piracy, we support the best media player possible for everyone and provide a media centre, not “free TV and movies.”

“One important point of note is that whilst Team Kodi produces media centre software, one thing that we do not provide is actual media,” Kodi added.

“We don’t make films, television channels or programmes, nor do we directly provide them as part of the software package that we distribute.

“Similarly, we do not produce hardware – there is no “Kodi Box” that’s supplied by us. This is a key fact, as there are many third party hardware suppliers out there who do supply such boxes, which either come pre-loaded with Kodi on them or onto which it can be loaded by the end user.”