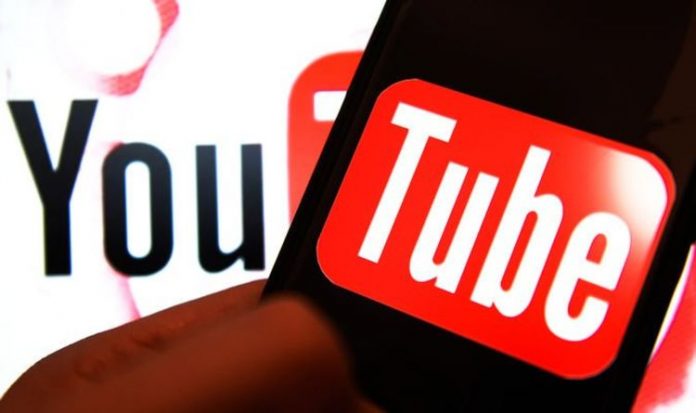 How to make it big on YouTube (Image: GETTY)

Becoming a YouTube superstar is now a more popular ambition for kids than being strapped into a spaceship and becoming an astronaut. The video platform is booming with over 500 hours of video content being uploaded every single minute of every single day. For those that make it big, there are huge rewards with top creators raking in millions of pounds a year. In fact, 9-year-old Ryan Kaji – who is now the biggest YouTuber on the planet – made over $24 million (£20 million) last year from his popular toy testing vids.  But with so much competition how do you become a YouTube sensation and what do you need to get started?

Express.co.uk has had a virtual catch up with SuperSaf who has become one of the UK’s biggest tech YouTubers. His channel now boasts over 1.6million subscribers with his videos being viewed over 310 million times and counting.

SuperSaf has been creating and uploading content for over 10 years having discovered his passion after family and friends kept asking for advice on the latest tech. “When my relatives wanted advice on tech they’d always come to me. So I picked up a camera, taught myself how to use it and started posting short films that offered help online. That’s how my YouTube channel started,” SuperSaf told us.

“If you are passionate about something and you make content about it that’s useful, people will watch.”

However, before you start thinking about quitting your day job the dream of becoming an online superstar does come with a word of warning. “I remember when I started 100 hours of video was being uploaded, now it’s 500 hours,” SuperSaf explained.

“Starting a YouTube channel today is much more difficult than it was a few years ago. It’s very competitive and that’s something people need to know before starting out.”

Luckily, it’s not all bad news as the smartphone revolution now means everyone can give this new career a try without spending lots of money.

“It’s never been easier to create content,” said SuperSaf. “If you’ve got the latest iPhone or Samsung phone chances are it’s going to have a very good camera and that will be more than sufficient to start.”

So, if you fancy giving it a go and becoming the next YouTube sensation here’s our full guide to starting a YouTube channel, the tech you’ll need and the dos and don’t of posting videos.

It won’t be shocking to learn that you’ll need a camera to produce those viral sensations. Luckily, if you’ve treated yourself to a new smartphone recently this should be more than adequate to get you up and running.

Most modern devices from the likes of Apple and Samsung feature very impressive video cameras with the new iPhone 12 Pro able to shoot in stunning 4K quality at up to 60fps. There’s also in-built image stabilisation for wobble-free footage and there are options to shoot in High Dynamic Range for crystal clear content.

If you want to take things up another notch, the new Galaxy S21 Ultra is capable of snapping videos in glorious 8K which offers four times the resolution of 4K.

SuperSaf says even basic phones should be good enough to get you started so give it a try and get things off the ground before investing in a more professional video camera.

Having a cracking camera is clearly vital when making your first video but so is having a tip-top microphone.

In fact, SuperSaf says this should be next on your shopping list if you want to start a YouTube channel.

Your viewers are going to want to hear what you’re telling them loud and clear so rigging up some good studio-style mics will make things sound as good as they look.

Luckily, you don’t need to spend a huge amount on a microphone.

If you’re presenting on camera then give a smartphone Lav Mic a try as this plugs straight into your iPhone or Android device and can cost as little as £40.

A good tripod is vital for keeping your camera steady (Image: PH)

Watching you present your video in a dimly lit bedroom is unlikely to turn you into an internet sensation. Investing in some lights will add some Hollywood-style glamour to your face and make things look much more professional.

Ring lights are some of the most used by YouTubers as they provide a more flattering glow and can also help brighten eyes and eliminate shadows. Their small size also makes them easy to take on the road or hideaway in a drawer. Expect to pay around £30 to £40.

Avoid the shakes and treat yourself to a decent tripod before you start shooting. There’s plenty on the market including full-size models and ones that will fit neatly on your desk. Stands such as the JOBY GorillaPod are good options as they will cradle most phone safely no matter how big or small it is.

Having your phone clipped to a tripod will keep things steady and also leave your hands free to present.

So, you’ve filmed the action now it’s time to make sure it doesn’t bore the world to death. Editing your creation is vital but this can be one of the longest processes if you want a slick-looking movie.

There’s plenty of free editing software with Apple’s iMovie one of the best in the business. If you’ve treated yourself to a Mac this programme comes pre-installed on all new machines and allows you to add captions, music and fun transitions between shots. Basic edits can even be done straight on your iPhone and iPad meaning you don’t even need to invest in an expensive laptop.

For a more professional feel, you might want to invest in Final Cut Pro or Adobe Premiere Pro although these can cost over £250 so make sure your channel is getting traction before splashing the cash.

SuperSaf says give it try but keep your expectations realistic (Image: SUPERSAF)

DO – GIVE IT A GO: SuperSaf says that everyone with a passion for a topic should get involved and get creating. If you have a smartphone with a camera it won’t cost you a penny to try and you may find it starts a whole new career.

DON’T – GIVE UP YOUR DAY JOB: YouTube is a competitive place and getting millions of subscribers takes time, patience and a little bit of luck. Millions of videos are uploaded to the platform every day and standing out from the crowd can be tough. Give it a go but be prepared for a few disappointments along the way.

DO – BE PATIENT AND GET IT RIGHT: SuperSaf says making a well-produced video can take over three days so you’ll need time to get it done properly. It’s also worth remembering that once the clip is live on YouTube you can’t edit it so make sure everything is tip-top before hitting the publish button.

DON’T – SPEND TOO MUCH MONEY: Spending lots of money on kit when you’re just starting out is a bad idea. Becoming a YouTube star and earning money from video content isn’t easy. Give it a try with what equipment you might already have then invest in extra tech when your channel gets loved and you’re enjoying the experience.

IF YOU MAKE IT: If you hit the jackpot you can earn some serious money from YouTube with some stars raking in millions of pounds a year from their channels. However, it’s not just about the cash with SuperSaf telling us he’s travelled the world and met some amazing people along the way.

Trips to Hawaii and grabbing a selfie with Apple co-founder Steve Wozniak are some of his highlights. Just remember that to experience this glamorous life you’ll need to work hard as creating great YouTube videos often means endless hours coming up with ideas and staring at a computer screen long into the night.