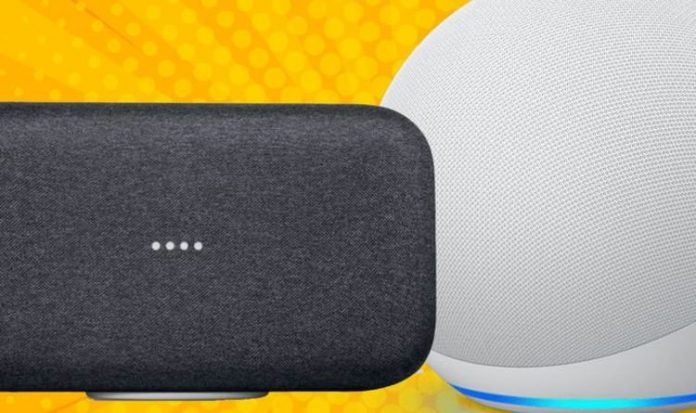 Google has finally transitioned from its “Google Home” branding on smart home gadgets, like the Google Home speaker, Home Mini and Home Hub, to its newer “Google Nest” name. The final nail in the coffin was the Home Max – a speaker with handsfree access to the Google Assistant that was designed to appeal to audiophiles.

The Mountain View-based company first introduced its “Google Home” line-up back in 2016 with the release of the original Google Home smart speaker. This was followed in 2017 with the Google Home Mini and Google Home Max. But now this long-term Alexa rival is no more.

Last summer, Google officially discontinued the original Google Home, while the first-generation Home Mini is no longer available. And now, the last remaining device in the Google Home line-up has been officially scrapped. Last month, Google confirmed that the writing was on the wall for their Google Home Max speaker.

After the remaining stock of the charcoal and chalk Google Home Max sold out on its US store, Google confirmed they were retiring the smart speaker.

In a statement to Engadget, Google said: “Existing Google Home Max users shouldn’t worry as they won’t see any change in their service. We’ll continue to offer software updates and security fixes to Google Home Max devices. We’re committed to delivering great sound and whole home audio features across all of our Assistant-enabled products.”

And now this week Google has removed the Home Max listing from their official store entirely. As spotted by 9to5Google, the Google Home Max product page has been taken down with the smart speaker no longer available for purchase – even at full price.

The decision means Google fans can no longer by any Home branded smart speaker, meaning Amazon Echo has just lost a long-standing rival.

However, Alexa can’t be too happy just yet as Google still has plenty of other smart speakers available. Ever since May 2019, Google’s smart speaker range has been overhauled and branded with the Nest name.

The Google Home Hub was rebranded as the Nest Hub while smart devices launched since then have used the Nest moniker. While smart speaker fans have known about this for some time now, there’s been this confusing duopoly where some older speakers bear the Home name and others have Nest branding.

For those who just have a casual interest in smart devices this may leave them scratching their heads. Now with the official discontinuation of the Home Max any trace of the Home line-up has been erased entirely by Google, with just Nest smart speakers left standing to take on Amazon’s Echo.

The Google Nest line-up is made up by the Nest Mini, Nest Audio, Nest Hub and Nest Hub Max.

It looked to be Google’s attempts to take on Apple’s HomePod and the Sonos One. But the high price tag may have been one stumbling block to making the speaker more popular.