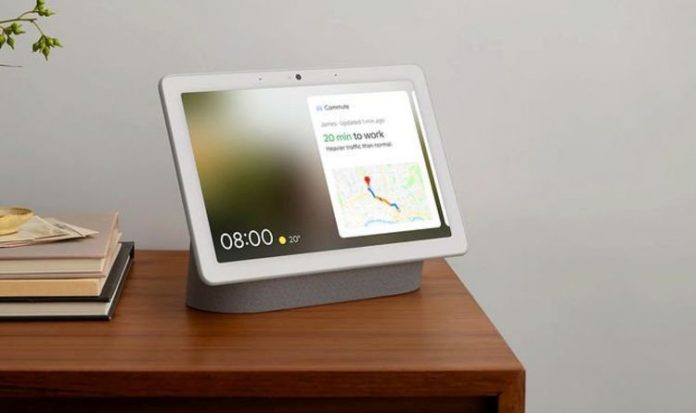 Google has announced a new “visual experience” for Google Assistant-powered smart displays, like its Nest Hub and Nest Hub Max. These smart home gadgets compete head-to-head with the likes of the Amazon Echo Show, which also ships in a variety of sizes – as well as one version that can follow you around the room. Google Nest Hub includes a touchscreen display, which surfaces additional information whenever you’re talking with Google Assistant – like the forecast for the next few days when you ask about the weather today. And the latest update is designed to expand that touchscreen functionality.

“Every day, people ask Google for help with things like catching up on their favourite shows, turning on their garage lights, filling their homes with relaxing music, playing games and even keeping their family on track. As we expect more of our smart home devices, Smart Displays are increasingly becoming a hub that entertains and connects the whole home and whole family, all day (and night) long,” Google announced in a blog post about the latest software update.

Until now, Google Nest Hub and third-party smart displays, like the Lenovo Smart Display 10, have primarily used the touchscreen to add some additional information when you’re talking to the Google Assistant. And when you’re not, these will often revert to a slideshow of images from your Google Photos library. Google has introduced some nifty new features over the years – like the ability to work out how far away you’re standing from its display and expanding or shrinking the info on-screen to ensure it’s always easy to read.

However, the latest update is a fundamental reimagining of how users will interact with these smart displays. For starters, the redesigned user interface is more focused on using the touchscreen than previous versions. Google has included a “Your Morning” homepage that brings together a host of relevant information to sum-up your day, including the weather forecast for your area, upcoming calendar events, as well as shortcuts to any frequently-used smart home controls, like lightbulbs or heating.

READ NEXT
Google Pixel 5 review: unexciting, but don’t hold that against it

Tapping the new menu that runs along the top of the display lets you navigate to panels centred on different themes, including one dedicated to Home Control, Communicate and Media. The latter is filled with suggestions for new shows and movies that Google thinks you’ll be interested in watching based on your viewing history on streaming services like Disney+, Netflix and YouTube. From this panel, you’ll be able to add things to your Watch List, which will immediately sync with your Chromecast with Google TV, if you have one.

As the name suggests, the Communicate page is packed with shortcuts to chat with friends, family and colleagues. As well as Google Duo video calls, you’ll be able to kickstart a meeting with a tap or a voice command, call a contact, or broadcast to another Google Assistant-enabled device in your home.

Zoom has already confirmed support for Google Assistant-enabled smart displays, so keeping one of these to hand on your (home) office desk might be a good idea. Keeping a smart display close-by for meetings might be one of the use-cases that convinced Google that it needed to add more touchscreen functionality to these devices – as you don’t necessarily want to be shouting commands at a gadget sitting a few centimetres away on your desk.

Google Meet on the Nest Hub Max is designed to automatically keep you in-frame, even as you move around the room – the camera will crop-in to make sure you’re always the focus, even if you’re on your feet demonstrating something to colleagues or friends. Of course, you’ll also be able to pin specific callers, change to a four-person grid, cancel and reschedule meetings, send messages and – with the help of a future software update due later this year – pinch-to-zoom when in a Google Meet video call.

Finally, the latest software overhaul brings support for dark mode on these touchscreen displays. While most of these smart home gadgets were already able to intelligently dim the display when the sun starts to set, using the touchscreen always brought back a glaringly bright white user interface. With the latest update, that shouldn’t happen. According to Google, “Dark Theme changes the colour scheme of the interface and reduces light emission, so it’s easier on the eyes at night while still providing you with visual and touch access.”

To take advantage of this new darker appearance, which is similar to the dark mode found on Android smartphones and tablets, Google has added a new “Your Evening” panel with some help to get you ready for bed. And when it’s time to wake-up, Google has created a new Sunrise Alarm – which will be coming to smarts displays in a future update – the brightness of the screen will gradually increase starting 30 minutes before your alarm goes off, mimicking the sunrise so you wake up naturally.

“You can also set different alarms for different days of the week and choose different ringtones for them (because who wants to wake up at 7 a.m. on Saturday!?). The best part? When the alarm goes off, you can just say ‘stop’ without having to say ‘Hey Google’,” Google says.

This update is expected to roll out to the majority of Google Assistant-powered displays in the coming weeks, though you’ll likely see it appear first on Nest Hub and Nest Hub Max.