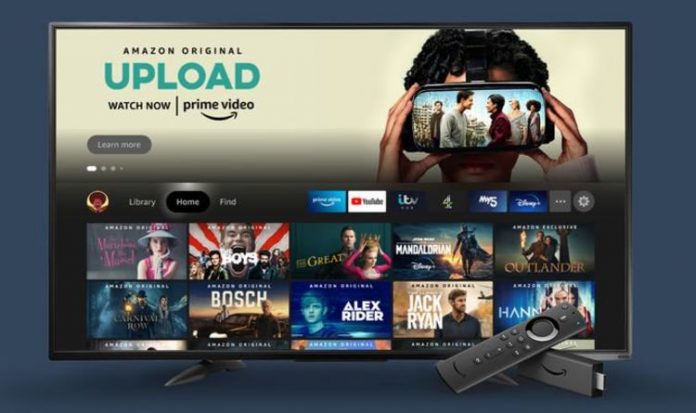 Amazon dramatically overhauled its Fire TV experience at the tail-end of last year, with separate user profiles for everyone in your household, better intelligent suggestions based on your viewing history, and a new Live tab that brings together sport fixtures and concerts. The latest Fire TV Stick and Fire TV Stick Lite hardware, which launched last year, arrived on store shelves with the latest software out-of-the-box. However, some Amazon devices, like the Fire TV Cube, Fire TV Stick 4K and Fire TV Editions, have yet to be upgraded to the latest software.

But those who haven’t had a chance to try the new software don’t have long to wait. According to a new report from Protocol, Amazon is planning to start rolling out the Fire TV upgrade to Fire TV Cube, Fire TV Stick 4K, and Fire Edition TVs in March. Amazon confirmed these devices would get the upgrade in “early 2021,” so that rumoured release date would fit perfectly.

Protocol claims that as well as releasing the new Fire TV experience to more streaming devices, Amazon is hard at work on tweaks for the software for devices that have already been updated. So, it’s perfectly possible that we’ll see some exciting new features in the pipeline in the coming weeks and months. As more of us spend time at home catching up on movies and boxsets we’ve missed, the timing couldn’t be much better.

For those who missed the initial announcement about the huge upgrade to Fire TV – easily one of the biggest in its history – the redesign completely re-imagines the homescreen.

The new design aims to bring together all of your favourite shows, movies and games into a single place. Amazon has included a few easily-accessible shortcuts to your favourite apps alongside the tabs to Find, Library and Live, which are all pretty self-explanatory. But the bulk of the user interface is filled with tiles of all the shows you’re currently watching from across your streaming services alongside and suggestions of new films and shows to discover based on your viewing history.

Some of these features were available in the previous software update, but what makes such a difference this time around is the arrival of user profiles. Yes, the new Fire TV experience lets viewers switch between a maximum of six profiles for individual family members or flatmates.

Each of these profiles has its own personalised suggestions based on viewing history. While Amazon’s Prime Video streaming service has had user profiles for a while now, the feature did not extend to the Fire TV hardware itself. As such, shows and movies would be suggested based on everything watched on the telly.

So, Fire TV would suggest new films based on those watched by parents in the evening as well as children in the morning. Needless to say, that could lead to some pretty confusing suggestions or could lead younger viewers to stumble across a post-watershed show showcased front-and-centre on the Fire TV homepage. Likewise, shortcuts to resume boxsets would appear side-by-side with no differentiation based on who was watching the show.

Not only that, but each user profile will have its own Watch List, so you’ll be able to queue up a list of films and shows that you’re keen to watch – and it won’t impact anyone else who watches the same telly as they’ll be able to create their own lists. Profiles should ensure that everyone gets a highly personalised experience when using a Fire TV. Until now, that’s only really been true for those who live alone… or have a different Fire TV Stick in every room in the house.

As well as profiles, Amazon has tweaked how it makes recommendations. Following the update, you’ll notice a new Find tab at the top of the user interface. This is designed to bring together all of the boxsets and movies that Amazon thinks you’ll enjoy based on your previous viewing. As before, these will include recommendations from a variety of streaming services – not just Prime Video – so expect to see new boxsets from Disney+, Shudder, and Netflix in the mix too.

If you haven’t tried the new Fire TV experience yet, you’re really missing out. Interestingly, Amazon prioritised its most affordable devices with the update. Whether this is something that Amazon will continue to do going forward remains to be seen, but if so, those who forked out £109 on the Fire TV Cube (which combines a Fire TV with an Echo Dot into a single smart home hub) might be feeling a little miffed.