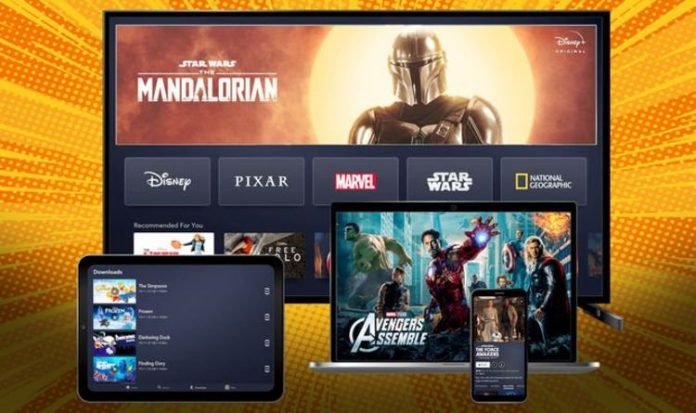 Disney has confirmed plans to bring an entirely new streaming service within its existing Disney+ app. Dubbed Star, the new option will be home to more “mature” content commissioned by Walt Disney, including shows and movies acquired when it bought 20th Century Studios back in March 2019.

Alongside 20th Century Studios, Star was also included as part of the acquisition of 21st Century Fox, which was previously owned by Rupert Murdoch. Headquartered in Mumbai, Star boasts a network of 60 channels in eight languages and currently reaches roughly nine out of 10 cable and satellite TV homes across India. Disney now plans to expose millions more to the brand by making it the face of all films and shows designed for older audiences on its hugely-successful Disney+ streaming service.

Disney confirmed its plans during a recent investors call. According to the US media firm, the introduction of Star in the UK, mainland Europe and other markets will “double the amount of content” available on Disney+. UK fans will be among the first in the world to stream content from Star, when it appears in the Disney+ app on February 23 2021.

Star will appear as a separate tile on the homepage of the Disney+ app. Disney+ already has standalone tiles to access Marvel, Star Wars, Disney, Pixar and National Geographic content, so the arrival of the new option won’t require a redesign or anything drastic. Those with younger viewers at home can lock access to Star by opting out of mature content.

Certain shows and films can also be blocked using an age rating feature, Disney has confirmed.

Unlike rival Netflix, which targeted teenagers and adults from launch – before later adding a gated Kids section with educational content for younger viewers, Disney has appealed to the entire family from launch. Without much in the way of original content (at least compared with the likes of Prime Video and Netflix) when it launched in the UK back in March, Disney+ gained a dizzying number of subscribers off the back of its unmatched content library, including animated Walt Disney classics, Pixar Studio films and the complete Marvel Cinematic Universe.

During its recent investors call, Disney reassured shareholders that it had a truckload of original content planned for its streaming service, including 10 shows set in the Marvel Cinematic Universe, 10 shows within the world of Star Wars, 15 series based on Disney Animation and Pixar characters. On top of that, 15 original movies exclusive to Disney+ were confirmed.

To ensure that Disney+ catered to more audiences, Disney announced the arrival of Star. According to the company, Star will become “home to thousands of hours of television and movies from Disney’s creative studios, including Disney Television Studios, FX, 20th Century Studios, 20th Television.” However, Disney kept shtum about any specifics.

Nevertheless, it’s not hard to imagine a number of classic film franchises, like Alien, Die Hard, Kingsmen and Planet of the Apes, coming to the Star tab within Disney+ as well dozens of boxsets, including Buffy The Vampire Slayer, The X Files, and Family Guy. Whether Disney plans to greenlight exclusive shows and movies based in these worlds remains to be seen, but that could be a sure-fire way to ensure older viewers still feel the need to keep paying the monthly subscription fee.

The arrival of Star also paves the way for a number of shows from Hulu – a US-only streaming service owned and operated by Disney – to finally make their way to the UK. Hulu originals include the likes of Love, Victor, a spin-off series set in the same world as the hit 2018 movie Love, Simon, and Solar Opposites, which was created by Rick and Morty co-creator Justin Roiland and became the most-streamed title on Hulu following its release. But despite these viewership figures, it has never aired in the UK.

“In terms of the general entertainment offering internationally, we want to mirror our successful Disney Plus strategy by using our Disney Plus technical platform, bringing in content we already own and distributing it under a successful international brand that we also already own, which is, of course, Star,” Disney CEO Bob Chapek told investors.

Disney+ costs £5.99 a month, although you can save money by paying £59.99 for an entire year of streaming upfront. Disney+ has a streaming app on Amazon Fire TV, Apple TV, Chromecast, LG and Samsung Smart TVs, Roku set-top boxes and Sky Q.