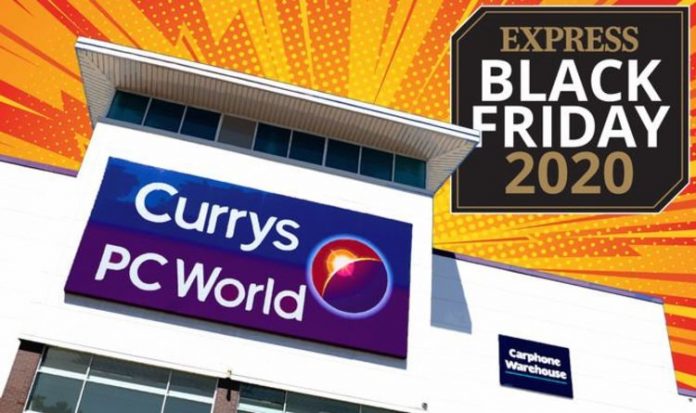 Currys has unwrapped its final few Black Friday surprises – and there are some real treats to be found. Whether you’re looking to upgrade your telly after spending large swathes of the year bingeing boxsets and movies inside or hoping to bag a deal on a new laptop or bundles of smart home gadgets to let Alexa handle everything from the central heating to the lighting – there are bucketloads of bargains to be found.

Currys PC World kicked off its Black Friday sales earlier than a number of other high street stores, promising to refund the difference to any customers who bought an item ahead of Black Friday – only to find that the price was discounted again on the day itself. One week before Black Friday, the retailer rebooted its sales under the brand “Fri-Yay”. Like the first batch of discounts and deals from Currys PC World, these deals covered everything from flatscreen TVs, laptops, vacuum cleaners, laptops, home appliances, smartwatches, and games consoles.

And now, there’s even more discounted goodies in the Black Friday sales.

Complying with the latest Government guidelines, Currys PC World stores aren’t open right now – as they don’t count as “essential” retail – however, it is possible to order online and collect from a store near you. So, if it’s not convenient to get a Christmas gift delivered to your home, or you can get your hands on a discounted item a little quicker if it’s in-stock at your local store, it’s possible to use Order and Collect with these deals.

On its FAQ about the Black Friday sales event, which is usually available online and in-store, Currys adds: “Black Friday is likely to look a little bit different this year, but this needn’t mean you can’t still enjoy the sales! If you’d rather take part from the comfort of your own home, you certainly won’t be missing out, because there are tonnes of savings to be found online.”

If you’re looking to avoid the (virtual) crowds, Currys reveals that 9am on Black Friday was the busiest time for its online store during the deals event last year – recording a staggering 385,000 online shoppers login on. So, if you’re seeing slowdowns on the website around that time – don’t panic, it might not be your broadband provider to blame.

On average, Currys handled 138 orders ever minute during the Black Friday sales last year. And with shoppers blocked from buying in-store this time around, it could be even busier. With thousands of discounted items, limited stock, and hundreds of thousands of deal-hungry bargain hunters to compete with… it can all be a little overwhelming. Thankfully, we’ve trawled through the sales to highlight some of the best deals around right now.

If you’re looking for the ultimate picture quality, QLED is a substantial upgrade over LCD (Image: CURRYS • SAMSUNG)