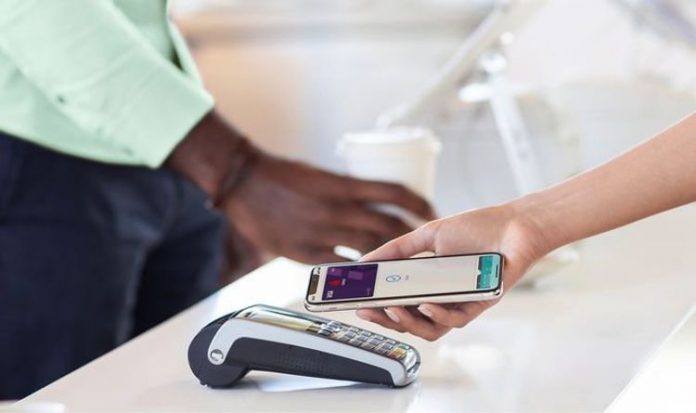 Contactless payment limits could be increased to £100 – more than double the current limit of £45, which was introduced in a bid to prevent transmission on the keypads of payments terminals during the ongoing coronavirus pandemic. The Financial Conduct Authority, FCA, has stated that it will consult on the change “shortly”.

Tap-to-pay options baked into smartphones and smartwatches, like Apple Pay on iOS, Google Pay and Samsung Pay on Android, verify your identity using fingerprint and face scanners – making them more secure than contactless cards. As a result, manufacturers like Apple and Google don’t impose a strict limit on the amount of money that can be paid wirelessly. So, you can use in-app and online payments with Apple Pay to purchase goodies with a three-figure price tag, for example.

This is also true for a number of high street stores. However, some shops impose the same restrictions on Apple Pay and Google Pay as contactless cards, which have no way of verifying your identity before they give the thumbs up to a contactless transaction – a stark difference from smartphone solutions.

Should the FCA consultation approve the increase, Apple Pay and Google Pay will be accepted for transactions of £100 in all stores. Of course, a number of supermarkets and stores will continue to offer limitless tap-to-pay with these next-generation methods.

Contactless cards require owners to verify their identity with a PIN after a certain number of contactless transactions. This is also designed to stop fraudsters being able to go on an unlimited spending spree (albeit one under the contactless payment limit).

“It is important that payments regulation keeps pace with consumer and merchant expectations,” the FCA said in a statement about its potential move to increase the contactless limit in the UK twice within the same number of years. “Recognising changing behaviour in how people pay, as part of a wider consultation, we will shortly be seeking views on amending our rules to allow for a possible increase in the contactless limit to £100.”

While it’s the FCA that sets the boundaries for payments, under its rules, card issuers themselves are the only ones with the power to set the actual limits. So, in theory, American Express, MasterCard and VISA could all set their own limits for contactless payments.

Contactless technology has been widely embraced by consumers in recent years, with most shops now offering it as an option. Last year, contactless accounted for 41 percent of all card transactions.

Following the lifting of some restrictions, there was a 16 percent increase in the total value of contactless payments in the UK in October, compared with the previous year.

British Retail Consortium payments policy advisor Andrew Cregan told the BBC: “We have concerns about raising the contactless limit, with losses from incomplete contactless payments at self-checkouts currently costing retailers millions in lost revenue. Card companies should take measures to reduce incomplete payments and we urge customers to make sure their own transactions always go through. However, the overwhelming priority at the moment must be for the government to address the rocketing card fees.”