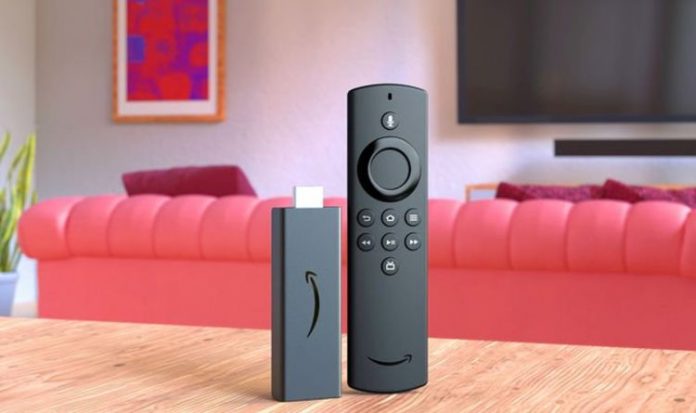 Amazon has announced that its Fire TV platform now boasts 50 million monthly active users. That’s a huge milestone for Fire TV, which is only available via Amazon’s own Fire TV set-top boxes, streaming dongles, as well as partnerships with third-party manufacturers on a handful of ‘Fire TV Edition’ sets powered entirely by the software. Crucially, unlike open-source rivals like Plex and Kodi, there’s no way to install Fire TV on another box under your telly.

It’s an impressive stat, although it does fall a little short of market-leader Samsung, which counts 160 million televisions powered by its own Tizen OS software.

Fire TV launched six years ago to bring the fight to similar platforms from the likes of Google and Apple. Unlike Google’s hugely-popular Chromecast gadgets, Amazon included a remote control and a beautifully designed menu with an emphasis on high-resolution artwork from shows and movies.

In response to the popularity of Fire TV and similar propositions from Roku and Apple, Google was forced to course-correct and launch an all-new Chromecast with Google TV back in September, which included a remote control with voice controls in the box for the first time.

“Over the last six years, Amazon has expanded the Fire TV business from a simple streaming stick with a handful of apps, to a global entertainment business,” Amazon said as they announced the milestone in a statement to technology journalist to Paul Thurrott of Thurrott.com. “In 2020, Fire TV saw more than 50 million monthly active users on its devices, worldwide, indicating customers are streaming more than ever before.”

MORE LIKE THIS
Roku now has something Chromecast, Apple, and Fire TV cannot match

As well as its own Prime Video subscription service, which is available as a standalone monthly subscription or bundled as part of an annual £79 Amazon Prime membership, Amazon has brought support for a number of rival options, including Netflix, BBC iPlayer, Shudder, ITV Hub, All 4, Apple TV+, and Disney+ to name a few.

Amazon has also greatly expanded its own programming, which already included popular shows like the award-winning The Marvelous Mrs. Maisel, The Grand Tour from ex-Top Gear trio Jeremy Clarkson, Richard Hammond and James May, to include live sports coverage of the Premier League and ATP tournaments.

Amazon has started to roll out a new update to Fire TV owners that overhauls the user interface to make it easier to separate recommendations in household with multiple viewers watching on the same streaming dongle in the back of the telly. Fire TV viewers can now set-up six profiles which each have their own viewing history, shortcuts to resume watching series they’re watching, and recommended shows based on their activity on the device.

While Prime Video has supported profiles for a little while, the feature didn’t extend to the main menu on Fire TV Sticks and Fire TV Cube.

As well as profiles, Amazon has tweaked how it makes recommendations. Following the update, you’ll notice a new Find tab at the top of the user interface. This is designed to bring together all of the boxsets and movies that Amazon thinks you’ll enjoy based on your previous viewing. As before, these will include recommendations from a variety of streaming services – not just Prime Video – so expect to see new boxsets from Disney+, Shudder, and Netflix in the mix too.

In a video about the latest changes, Amazon Vice President and General Manager Sandeep Gupta said: “The mission is to make TV watching fun and easy. And I think the power that TV has to bring people together is really the core of the mission of Fire TV.”

Interestingly, Amazon seems to be prioritising its more affordable devices with the latest update.

The latest software upgrade is coming to the third-generation Amazon Fire TV, which costs £39.99, the new Amazon Fire TV Stick Lite, which was announced during the same hardware showcase back in September for £29.99. The priciest Fire TV hardware, the £109 Fire TV Cube – which combines a Fire TV with an Echo Dot into a single smart home hub – won’t get the upgrade until next year. Likewise for those with Fire TV Edition televisions.