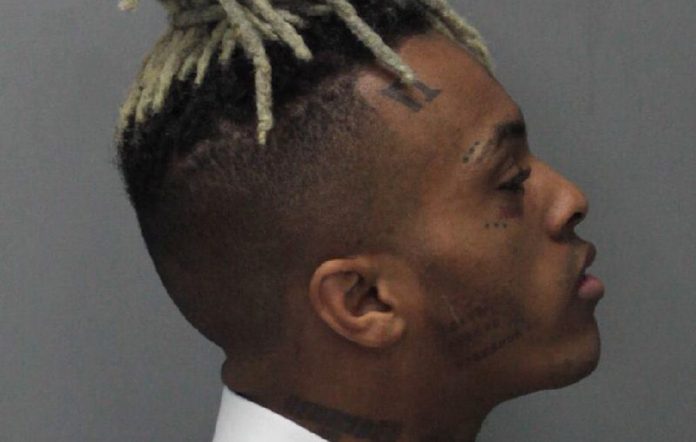 Tributes are being paid to rapper XXXTentacion, who died following a shooting in Miami on Monday (June 18). Figures as varied as Kanye West, Blink-182‘s Travis Barker and Louis Theroux have sent messages of condolences. West tweeted about how much the 20 year-old Floridian had “inspired” him, while Barker described the late star as a “true artist”.

Some tributes have alluded to controversies surrounding the rapper, with Theroux making references to “personal demons”. Born Jahseh Dwayne Onfroy, XXXTentacion was arrested for the aggravated battery of a pregnant woman, domestic battery by strangulation and false imprisonment, among other charges, in October 2016. Onfroy pleaded not guilty to the charges and, at the time of his death, the trial was still pending.

Earlier this year, an old video recirculated online, appearing to show the rapper striking a woman, who later said that she had been “terrified for my life”. Onfroy filed a fraud and defamation lawsuit against the woman in question following the claims, eventually dropping the suit after she released a statement saying that the pair had been “joking around” in the original video.

XXXTentacion’s career was both hindered by the allegations and boosted by the increased publicity they brought. While many called for a boycott of the artist (Spotify briefly removed his music from its editorial and algorithmic playlists as part of its Hate Content & Hateful Conduct policy), his second album ‘?’ was released in March of this year, topping the US chart and reaching third spot in the UK.

Onfroy’s passing has re-sparked debate online over a number of topics, including the separation of art and artist (if possible), how our thoughts should be with Onfroy’s alleged victims and how death is always a tragedy.

Ethan Dolan, the former Vine star, tweeted that XXXTentacion’s music would “live forever” and that he had “respected him for preaching/spreading positivity and the lives he touched in a positive way”. Meanwhile, a fan noted how XXXTentacion’s music – which often addressed addiction and mental health issues – helped his followers. It “addressed REAL issues in his music… the isolation, sense of hopelessness you feel when your depressed”, the fan argued, adding that the rapper “helped us understand how fucked up your mind can be when your in this state”.

Discussing the long-running debate over the separation of art and its creator, writer Zito Madu argued that it’s both possible to “appreciate someone’s art” while also “acknowledging their cruelty to others”, and that, likewise, it’s possible to at once “appreciate human life” while also standing with their victims.

Madu went on to add that “something has to be said about a world that failed a person’s victims”, and there has been much debate about whether there should be more focus on victims at such a time.

“I send my love + prayers to the abuse victims seeing all of this right now. You do not deserve to feel as if you have to sympathize or humanize your attacker,” the model Court Kim wrote on Twitter, denying that she was “celebrating this man’s demise” by addressing the “cruel, unspeakable acts” Onfroy had been accused of.

“Don’t confuse people’s tweets about not being moved by this XXXtentacion situation with them wishing death,” one tweeter said.

However, there have been accusations made that people were revelling in the tragedy of a death. ‘Classic Man’ singer Jidenna accused some Twitter users of being “self-righteous” and “happy”, arguing that “the young still have the capability to reform” and that he would “never demonise an individual without criticizing the society and/or circumstance in which they were raised”.

Some pointed to the fact that Onfroy himself suffered abuse during his childhood. Complex journalist Justin Block tweeted: “I’m sorry XXXTentacion never got the help he needed. It’s tragic, to me. He was a child of abuse, and unfortunately, an unrepentant domestic abuser himself. It’s horrible that his life played out this way. There’s no closure, for anyone.”

Overall, there has been widespread criticism of the media too, with some suggesting that it was the press that glorified XXXTentacion, making him into a “rockstar” in the process.

The media’s coverage of Onfroy’s death has also been criticised, especially the publication of a video that showed the rapper unresponsive in a car while bystanders checked his pulse.

“We’re in a new level of overall desensitization with these crime scene videos,” one Twitter user wrote, describing the coverage as “severely exploitative”.

Read everything we know about XXXTentacion’s death so far here.