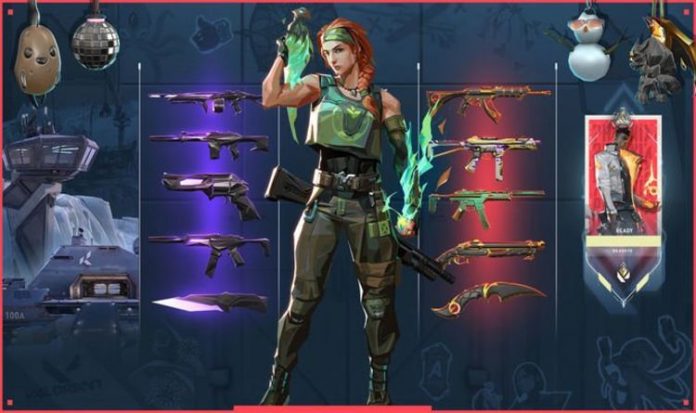 The Valorant release schedule has been affected by some serious technical hiccups of late but looks set to get back on track today, November 2. A new announcement from Riot Games has confirmed that patch 1.11 will be launching first on North American servers, followed by those in Korea, Japan, Europe and other regions. And following the launch of the new Valorant update, Skye should be available to try out and play.

WHEN IS SKYE COMING TO VALORANT?

Riot Games has confirmed that the Valorant Skye release date has been set for Monday, November 2, 2020.

The launch time has been confirmed for 8am PDT on Monday in the United States, with no release schedule set for the UK.

The latest from Riot Games confirms: “This has been A Week, but we have a stable patch to ship beginning 8am PT on Monday (Nov 2).

“The Americas will go first, then we’ll roll out to KR/JP/OCE/SEA and EU/TR/MENA/CIS regions thereafter. This shouldn’t disrupt our regular patch schedule, so expect a small one next week.

“Skye will be immediately available post-patch, and Reaver will be available in the store the day after the patch.”

Speaking about what other stuff the new Valorant update will focus on, a message to fans in the 1.11 patch notes adds:

“With First Strike on the horizon, the balance team has been hard at work making our last round of major balance changes before teams start duking it out.

“We want to ensure that the top teams don’t have to constantly adapt to a changing game while they’re playing in the tournament. Minor balance changes may occur during the span of First Strike, but we won’t deploy changes like the ones in this patch that heavily impact a team’s strategies.

“One of the trends we have observed is that attacking teams can have a really hard time breaking entrenched defenders.

“Although every piece of the game can influence this type of trend (move speed, weapon tuning, map design, Agent balance), we think there are a few targeted character changes that can help give attackers more opportunities to break entrenched defenders.”

A breakdown of Skye’s special abilities can be found below:

EQUIP a Tasmanian tiger trinket. FIRE to send out and take control of the predator. While in control, FIRE to leap forward, exploding in a concussive blast and damaging directly hit enemies.

EQUIP a hawk trinket. FIRE to send it forward. HOLD FIRE to guide the hawk in the direction of your crosshair. RE-USE while the hawk is in flight to transform it into a flash that plays a hit confirm if an enemy was within range and line of sight.

EQUIP a healing trinket. HOLD FIRE to channel, healing allies in range and line of sight. Can be reused until her healing pool is depleted. Skye cannot heal herself

EQUIP a Seeker trinket. FIRE to send out three Seekers to track down the three closest enemies. If a Seeker reaches its target, it nearsights them.