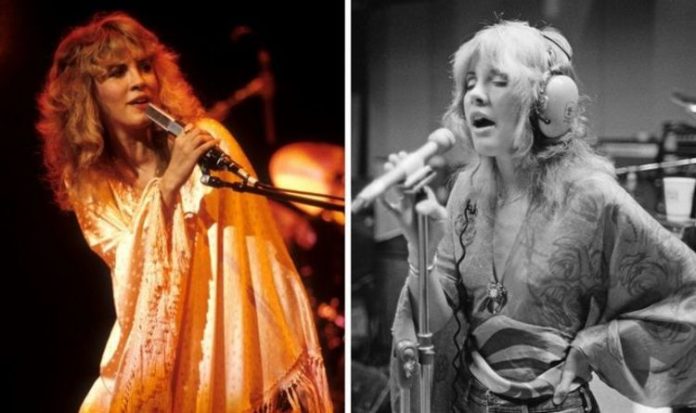 Stevie Nicks famously joined Fleetwood Mac with her then-boyfriend Lindsey Buckingham. Things did not work out between the two and they broke up, but still continued to make music together for a long time after. Stevie has recently released a concert movie about her latest stage show, but in her personal life, is she married?

Stevie is not presently married, but she was for a short time, at which point she gained a stepson.

However, she does not have children of her own, though her story is incredibly interesting in this regard.

Stevie married Kim Anderson, the widower of her friend Robin, in 1983.

Her friend Robin died of leukaemia, an event which left Stevie utterly heartbroken, as well as Kim.

According to Stevie, she was so devastated at Robin’s death she married Kim “because we were grieving,” and was determined to help raise her step-son.

She said: “And when she died, I went crazy. I just went insane. And so did her husband.

“And we were the only two that could really understand the depth of the grief that we were going through.

“And I was determined to take care of that baby, so I said to Kim, ‘I don’t know, I guess we should just get married.’

“And so we got married three months after she died, and it was a terrible, terrible mistake.

“And we got divorced three months later.”

In an interview with The Telegraph, Stevie revealed she has since got back in touch with Matthew, Robin’s son, and was helping to pay for his college tuition.

Motherhood almost came to Stevie when she became pregnant, however, she chose to terminate the pregnancy.

Speaking to Billboard, she said: “Had I married Don [Henley, drummer and singer in Eagles] and had that baby, and had she been a girl, I would have named her Sara.

“But there was another woman in my life named Sara, who shortly after that became Mick’s wife, Sara Fleetwood.”

Similarly, she has also said her decision not to marry again was intentional as well.

Speaking to The Age, she said: “If I meet somebody, that’s great. But if that doesn’t happen I’m not lonely.

“I’m happy and I have lots of fun by myself. I’m not looking for somebody to fill up my life.

“I have lots of kids. It’s much more fun to be the crazy auntie than it is to be the mom, anyway. I couldn’t do what I’m doing if I had kids.”

Speaking to ABC, Stevie expanded on this, adding: “My mission maybe wasn’t to be a mom and a wife; maybe my particular mission was to write songs to make moms and wives feel better.”

Despite these assertions, she has had a lot of love in her life, having been linked romantically to Lindsey, Mick Fleetwood, Eagles drummer Don, songwriter J.D. Souther, guitarist Joe Walsh and producer Jimmy Iovine.