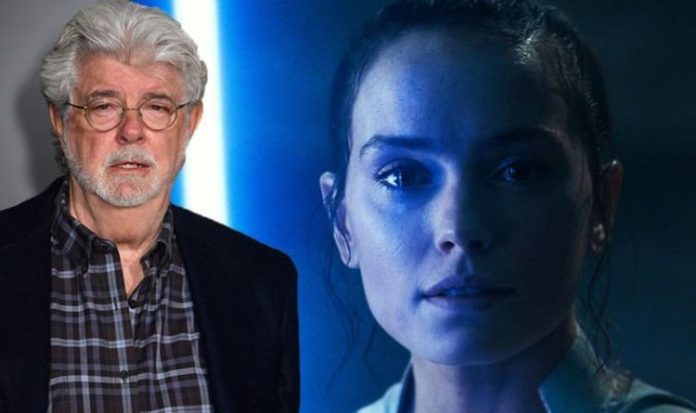 Star Wars came back with the show stopping debut of the sequel trilogy The Force Awakens in 2015. After more than a ten year break from the franchise, fans were keen to jump back into the Millennium Falcon and save the galaxy once again. And it showed, as the film garnered a staggering $2 billion at the box office, cementing the production of the film’s two sequels.

Unfortunately, the second and third films – The Last Jedi, and The Rise of Skywalker – were met with much criticism.

The Rise of Skywalker capped off Rey’s (played by Daisy Ridley) story, and also brought Kylo Ren’s (Adam Driver) journey to an end.

Unfortunately for Disney, things have since become a little uncertain, as a lot of fanbase backlash has left a sour taste on the final film in the trilogy.

Because of this, rumours have begun swelling online that the sequel trilogy is going to be undone in the next collection of Star Wars films.

Industry insider and Star Wars expert Dicktor Van Doomcock posted a video earlier this year on rumours he has learned over the previous few months.

READ MORE: Star Wars 9 Duel of the Fates: John Boyega on ORIGINAL Finn story ‘Would have been dope!’

The latest and most shocking rumours suggest the next sequel trilogy may utilise a plot device to undo what has happened so far.

First he explained fans would see the film use time travel to undo everything that happened with Luke Skywalker (Mark Hamill) and Kylo Ren.

Doomcock explained: “The first scenario is a kind of soft reboot of the sequel trilogy, and is by far the worst option on the table.

“In this scenario they use the ‘Veil of the Force’ to go back in time and warn Luke not to try and kill Ben Solo.”

Doomcock concluded with a third theory, adding: “I’m told they are contemplating a new Luke Skywalker movie set 10 years after The Return of the Jedi. Set in The Mandalorian timeline.”

This new movie series would somehow change what happened in the sequel trilogy, forcing Skywalker down a different path in his later life.

A lot of changes happened throughout the production of the sequel trilogy, including the backstory of Captain Phasma (Gwendoline Christie).

JJ Abrams recently spoke out about the villain, and discussed her background.

He said: “Phasma I named because of the amazing chrome design that came from Michael Kaplan’s wardrobe team.

“It reminded me of the ball in Phantasm, and I just thought, Phasma sounds really cool.”

The Skywalker Saga is available on Disney Plus now.