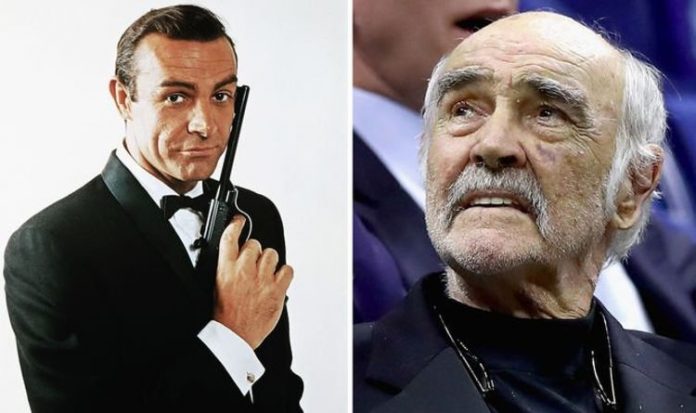 Last month Sir Sean Connery died at the age of 90. The Scottish actor was most famous for playing James Bond across seven movies, with the final outing being 1983’s unofficial Never Say Never Again. However, Connery portrayed Bond a couple more times in his acting career.

In an exclusive interview with Express.co.uk, the author of The Lost Adventures of James Bond shared some fascinating insights.

Mark Edlitz said how one lost Connery performance was made on the set of 1998 flop The Avengers, in which he co-starred opposite future M Ralph Fiennes and Uma Thurman.

The author said: “In it, Connery played a Bond-esque villain who is determined to control the weather.

“It was Ralph Fiennes’ birthday and Jeremiah Chechik asked Connery to play Bond in a video message.”

Edlitz continued: “ Chechik tells the entire story in the book. But the point is that Connery didn’t just say the lines, he embodied the character and turned back into Bond.”

But then just a few years later Connery played Bond for the final time as a voice artist for 2005 video game From Russia With Love.

The author said how he went into the making of the game in his first book The Many Lives of James Bond.

Connery, who lived in The Bahamas, recorded his final time as 007 at Compass Point Studios in Nassau with Terry Manning.

The author added: “The engineer called Connery and the actor came back and recorded the entire day’s work without charge. It was a generous thing to do.

“Incidentally, the reason that Connery played Bond again was that his grandchildren loved video games and he thought it would appeal to them. Very sweet.

“Incidentally, if you take out the gameplay and just put together the animated scenes you have the start of a James Bond animated movie.”

On having the opportunity to reprise 007 yet again, Connery said at the time: “As an artist, I see this as another way to explore the creative process.”

Connery added: “Video games are an extremely popular form of entertainment today and I am looking forward to seeing how it all fits together.”

Edlitz teased of his book: “The rest of The Lost Adventures of James Bond covers other more significant lost adventures.

The Lost Adventures of James Bond by Mark Edlitz is out now.