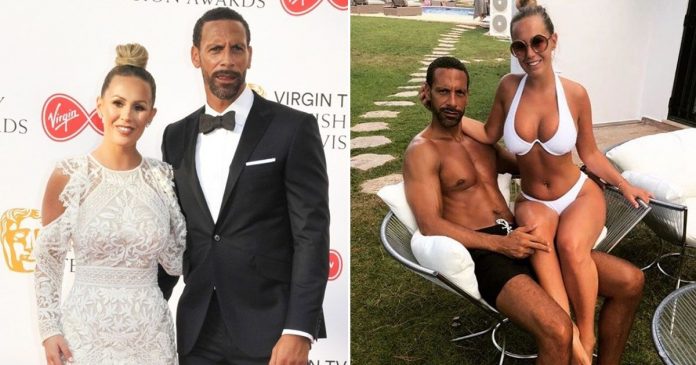 Rio Ferdinand has sold the mansion he shared with his late wife – after knocking £1.5million off the price.

The move marks a major milestone for the Man United legend as he tries to move on after Rebecca’s shattering death from cancer three years ago.

And the sale will add to rumours that Rio, 39, could soon pop the question to new partner Kate Wright.

And she has been a stepmother to his three kids, Lorenz, 11, Tate, nine, and Tia, six, while he is away working in Russia as a BBC World Cup pundit. The former England defender first put the seven-bedroom home he shared with Rebecca, 34, on the market four years ago for £4.5million.

Rebecca died in May 2015 after a short battle with breast cancer. Now it appears Rio has accepted an offer just under £3million for their mansion in footballer hot spot Alderley Edge, Cheshire.

The grief-stricken star began dating Kate two years after Rebecca’s death. Last week Kate said: “I’m with the kids on my own at the moment and obviously we miss him but we’re having a nice time just us four as well.”

She said she had turned her back on her old showbiz lifestyle: “‘I like to go to bed early, it sounds ridiculous but I’m like a granny. I’m asleep by 9pm but I am up at 6am.”

Rio and Kate have both been posting their fitness regimes on social media.

She said she found life as a stepmum “challenging but amazing”.

She added: “It was never going to be easy but I love it and I couldn’t imagine life without the three children”.