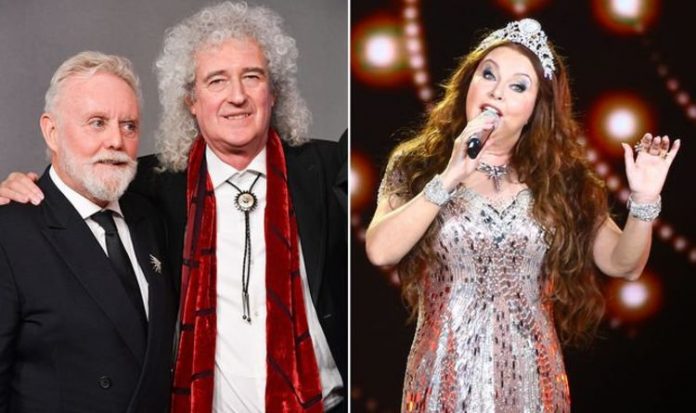 Freddie Mercury’s Queen are famous the world over, but the band have particularly zealous fans in Japan. Now Brian May and Roger Taylor have performed for Japanese New Year’s Eve. Kōhaku is the annual NHK (Japanese state broadcaster) programming for December 31, with over 4 hours of live performances ahead of midnight.

While Japanese artists performed live, May and Taylor took part in a pre-recorded multi-artist version of X Japan’s Endless Rain.

The Queen guitarist and drummer performed the track alongside Yoshiki and Sarah Brightman.

On the New Year’s Eve team up, May said: “This is such a beautiful project. I’m proud and honoured to be a part of it. Respects to Yoshiki !!! And wishing you all a great New Year.”

While Yoshiki added: “I am very honored and grateful to be performing Endless Rain at Kohaku again this year. I wish I could go to Japan but with the global pandemic, I have remained in Los Angeles since February.

“Therefore, I will perform remotely this year. I feel honored and grateful to be performing with Brian May and Roger Taylor, and Sarah Brightman and all those Japanese superstars.

“I hope that through the music, we can give everyone courage.I look forward to the performance.”

May posted clips on Instagram of the joint virtual performance broadcast on Japanese TV.

During a Japanese interview, May opened up about missing Freddie Mercury who died 30 years ago.

The 73-year-old said: “Sometimes when people ask you a question, we have a feeling we’d know what Freddie would say. It’s not because he was predictable, but we kind of know his unpredictability.

“And, of course, he was like a brother to us, so we know him very, very well. We created this whole scenario which is Queen; this whole genre, this whole oeuvre if you will of Queen music.”

“And it’s wonderful that people are now discovering it in even more detail now than they did in the past. So Freddie is always with us.”

May added: “He has to because he’s a co-creator. There are moments when I feel sad, of course, because he’s not here to enjoy it.

“But mostly I feel great joy that we had this experience and we had this wonderful spectrum of Queen music that we can still explore and communicate and share with a new audience. So it’s a good feeling I have about Freddie.”

The closing track of 1976 album A Day at the Races, two choruses are sung entirely in Japanese.