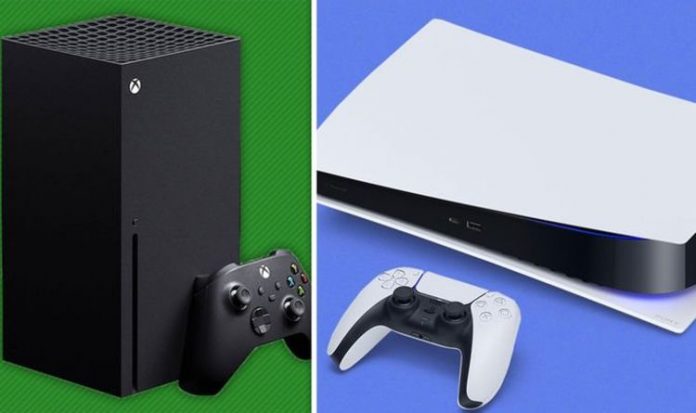 In just a few short weeks, the PS5 and Xbox Series X/S will be available to buy throughout the world.

After a pretty one-sided battle between the PS4 and Xbox One, Sony will be hoping history repeats itself when the PlayStation 5 goes head to head with the next-gen Xbox.

However, based on an interesting report put together by a company specialising in search engine analysis, Microsoft may emerge victorious in the early stages of the console war.

According to SEO firm The HOTH, Xbox Series X/S could double the sales of the PS5 by Christmas 2020.

That’s based on search trends from the past 12 months, which have shown Microsoft’s Xbox Series X console storm ahead of the PS5.

“SEO and PPC firm The HOTH analysed Google Trends data following key announcements for both the Microsoft and Sony consoles from the past 12 months,” reads the SEO report.

“The Xbox Series X took an early lead with a massive spike in interest in December 2019, following the world premiere reveal of the console in a 4K YouTube video which received 14.6 million views.

“Xbox’s lead continued until the summer when both consoles showcased full reveals of their technology with game demos.

“The PlayStation 5’s full hardware reveal was a month before Xbox’s and took place in June, this is where it overtook the Xbox and received twice as much interest throughout June and July.”

According to the report, both companies enjoyed big spikes in September, when prices and release dates were finally revealed.

“The next spike in interest was seen in September when the price and release dates for both consoles were made public.

“The Xbox price was revealed first and saw interest peak at the start of September with six times more searches than the PlayStation.

“However, following the announcement of the PlayStation release date and price, searches for where to buy the PS5 rose to ten times higher than those for buying the new Xbox.”

Perhaps most interesting of all is that according to The HOTH, interest has since levelled off to where Xbox Series X has double the search of the PS5.

“Interest has now levelled off to show a clear 2:1 search advantage for the Xbox Series X over the PlayStation 5,” the report adds.

Based on interest in pre-ordering both consoles, the early frontrunner could simply be decided by the number of units available to the public.

PlayStation and Xbox fans have both complained about not being able to pre-order next-gen consoles, so there’s clearly a lot of interest in both.

Whoever manages to re-stock their console before Christmas could end up being the winner in 2020, although there’s a long way to go before the ultimate champion is decided.

As a reminder, the Xbox Series X/S consoles have a November 10 release date, while the PS5 launches on November 19 in the UK (and November 12 in other parts of the world).