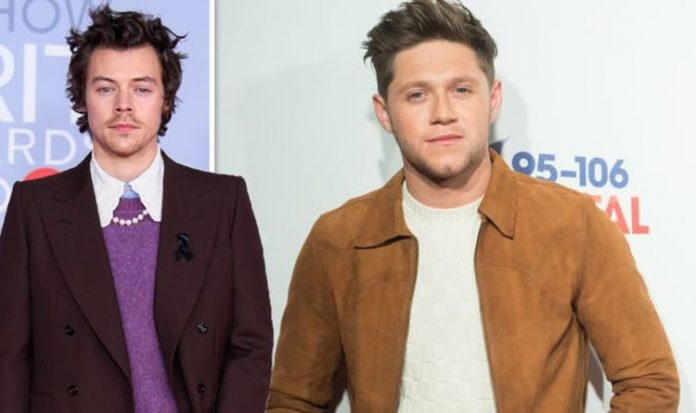 One Direction earned a massive amount of awards and nominations over the course of their five-year career. From their humble beginnings in The X Factor in 2010, Harry Styles, Niall Horan, Zayn Malik, Liam Payne, and Louis Tomlinson garnered an incredible 244 award nominations. From these noms, the quintet won a staggering 177 awards before they split in 2015. In their five years at the top of the charts, One Direction never received a Grammy Awards nomination.

This year is different, as the latest Grammy Awards nominations have now been released.

Each of the nominations are for his work in his second album, Fine Line, which was released in December of 2019.

Styles is up for Best Music Video, for Adore You, Best Pop Vocal Album for the album itself, and Best Pop Solo Performance for Watermelon Sugar.

READ MORE: One Direction: Harry Styles says he ‘LOVED’ his time in the band

Niall replied: “I wasn’t… I’ll make the music and it’s ok if they decide it’s not Grammy worthy this year.”

The positive singer added: “I’ll try my best and hopefully it happens next time or another year.”

Harry receiving some awards may not matter next year, as the odds on the band getting back together are extremely high.

Leading bookmakers Ladbrokes recently raised the odds on One Direction reuniting in 2021 from 1/5, to 1/4.

This enormous increase is the latest uptick in the chances of the band getting back together again.

The bookmaker’s Alex Apati said: “Odds of the lads reuniting are only going in one direction.

“It’s great news for fans with an imminent comeback seemingly on the cards.”