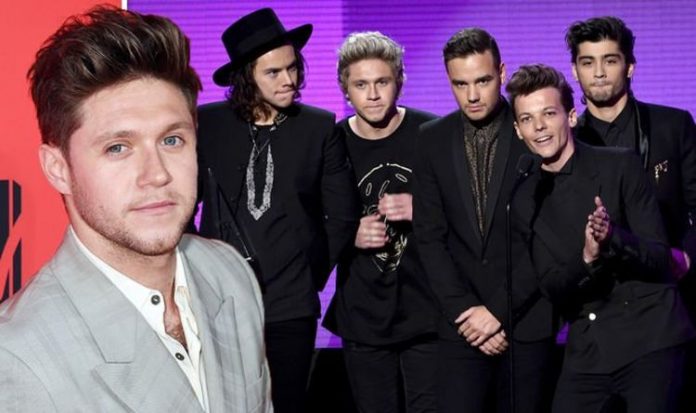 One Direction devastated their dedicated fanbase in 2016 when they announced the end of their time as a band. Their split left Harry Styles, Niall Horan, Liam Payne, Louis Tomlinson, and Zayn Malik to pursue solo careers. Since then, the talks of some sort of reunion have been on the cards, with this year provoking the biggest collection of rumours due to the band’s ten year anniversary.

Each of the band members have been busy working on their own music and tours, with Horan’s latest project putting him at the Royal Albert Hall.

The 27-year-old is due to perform a virtual gig in aid of his crew, with all proceeds going towards them.

Since the announcement of this one-off gig, Horan has been making appearances on various radio and TV shows to promote it.

However during his chat with Hits Radio Breakfast with Fleur East, Horan was grilled about the possibility of getting back together with his former bandmates.

He explained how he didn’t want to excite people by saying something that may hint towards stories about the band’s reunion.

The Slow Hands star went on: “I’m not really saying anything at all but somehow stories are made.”

Despite this, the star gave a smirk, and did offer a small tease on whether he’ll be jumping back on stage with his former team once again.

Horan said: “It’ll happen when it happens, I suppose.”

Although he wouldn’t confirm anything definitively, the odds are stacked in favour of the band reuniting.

Earlier this month Coral gave Directioners hope once again, as the odds on the band getting back together next year were slashed.

Unfortunately, it isn’t all good news, as the likelihood of Malik making a return are currently slim.

The odds on the Pillowtalk star returning to the boy band currently sit at 5-4.

Coral’s John Hill said: “1D fans have been desperate for their favourite group to get back together and our betting suggests their wish may be granted in 2021 with a reunion.

“The boys could release a new album and even play at Glastonbury next year, however, all of that is likely to be without Zayn who has just become a father for the first time.”