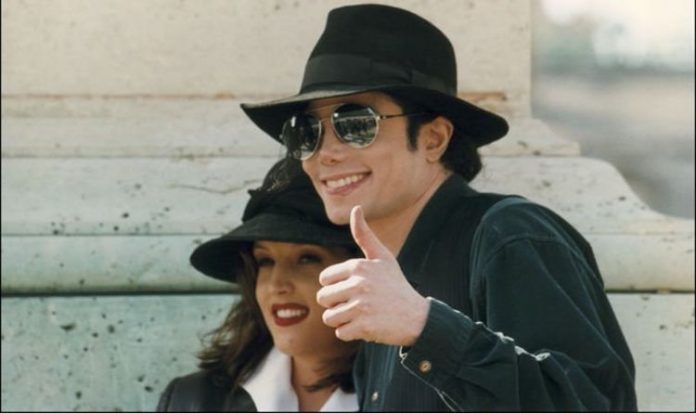 WATCH THE INTERVIEW AT THE TOP OF THIS ARTICLE

The daughter of Elvis Presley, Lisa Marie, started dating Michael Jackson when she was 25-years-old. Lisa Marie had already been married once at 18-years-old to Danny Keough before the pair split. Just months after her separation, Jackson contacted Lisa Marie and the pair began seeing one another. The couple revealed they had already known each other for years in an interview with Prime Time. During the chat, Jackson told how he first met Lisa Marie backstage at one of his shows when she was just a child.

Speaking in the interview alongside his wife, Lisa Marie, in 1995 Jackson said: “Well when we first met she was seven-years-old and I was 17.

“This was in Las Vegas, she used to come and see my shows all the time. We had the only family show on the strip – The Jackson 5.

“And she used to come and was this little girl and sat right up front. She had a lot of bodyguards. And then she came backstage.”

Lisa Marie chimed in to add: “We didn’t stay in touch after that.”

Jackson then confessed how he saw Lisa Marie when she was 18-years-old and thought she was “cute”.

The star then tried pursuing her romantically to kickstart their relationship.

On how they first became involved, Jackson said: “Well at first, when she was 18, I used to tell my lawyer: ‘Do you know Lisa Marie Presley?’

“And he said: ‘Well I represent her mother.’ I go: ‘Well can you get in touch with her because I think she’s very cute!’ He would laugh every time!”

Jackson went on to add: “Next thing I notice there’s a picture on a magazine cover where [Lisa Marie’s] married, which really tore me to pieces.”

Jackson wanted to have kids right away, a commitment Lisa Marie was not ready to do.

Lisa Marie told Oprah years later she felt “quite a bit” of pressure to have kids with the international superstar.

The star later revealed Jackson told her that if she didn’t have kids with him, then his new friend, Debbie Rowe, would.

She said: “He would tell me: ‘If you’re not gonna do it, Debbie said she’ll do it.’ And we would get into arguments because that wasn’t how to handle it.”