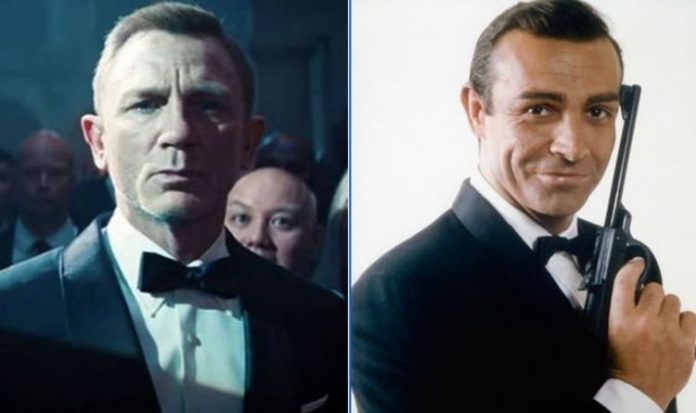 It is impossible to talk about James Bond today without paying homage to the man who started it all. Connery died last night at home in the Bahamas. He was 90 and had been suffering from a long-term illness. His shadow looms impossibly large over the franchise. His tuxedo will always be tough to fill, not least because the former bodybuilder towered over most stars at 6’2.

When Connery made his 007 debut in 1962’s Dr No the franchise was an unknown quantity. Ian Fleming’s books had been very popular, but many doubted the UK film industry could rival Hollywood’s action blockbusters or that the Scottish actor was even the right man for the job.

His friend Michael Caine, said at the time he was cast: “I was amazed! I was sure they’d give it to Rex Harrison because he was your living image of upper-crust good-living.”

Connery, of course, proved everyone wrong and set a template for action and wit which has been almost impossible to follow.

Earlier this year it was reported that McMafia and Grantchester actor James Norton had been spotted “celebrating” landing the role.

In January a leak claimed: “Numerous meetings and secret squirrel script readings were had at the back end of last year… Everyone is hoping to get the deal confirmed and signed off, with an announcement in the summer.”

No Time To Die head been scheduled for an April 2020 release date before the global pandemic shut down cinemas and threw Holywood into turmoil. An October date was announced but over the summer another report claimed that Tom Hardy had secretly been cast.

Again, any possible revelation was then scuppered when Bond 25 was pushed into 2021, with no release date confirmed as yet.

First, a computer programme predicted Henry Cavill would be the most likely star to take over as 007, then the Witcher and Superman actor revealed how “exciting” it would be to play James Bond. He admitted it was “all up in the air” but he would “jump at the opportunity.”

Cavill is currently at 8/1 with Ladbrokes, just behind Outlander star Sam Heughan on 6/1, with former favourite Idris Elba dropping back to 12/1.

Bond producer Barbara Broccoli has remained adamant no conversations will be had about Craig’s successor until after his final movie hits cinemas: “I always say: you can only be in love with one person at a time.

“Once the film’s come out, then some time will pass, and then we’ll have to get on to the business of the future. But for now, we just cannot think about anything beyond Daniel.”