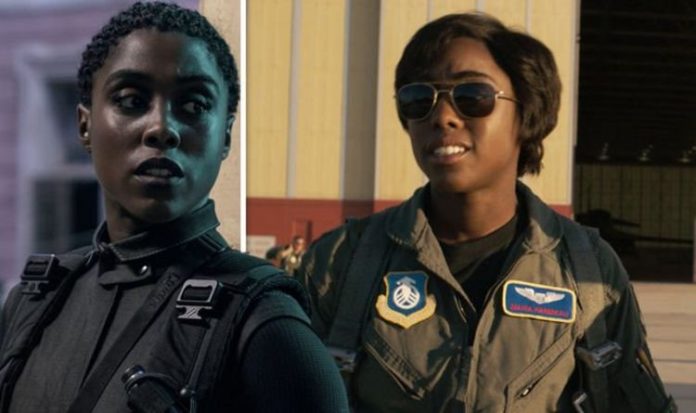 The James Bond franchise will see the end of Daniel Craig’s tenure as 007 in April of next year, as the star concludes his fifth and final film of the franchise. The 52-year-old has maintained his role as the spy for 14 years, becoming one of the best-loved Bonds along the way. With his exit just around the corner, all eyes are on who will be replacing him when No Time To Die comes out.

When viewers first set eyes on the film, however, they will see Bond has already been replaced by a new 007 – Lashana Lynch’s Nomi.

Lynch’s character replaces the spy after he has gone AWOL between the events of Spectre and No Time To Die, making her the first female 007 in cinematic history.

Before landing this historic role, Lynch appeared as Maria Rambeau, the second-in-command in Disney’s Captain Marvel.

The 2019 Marvel movie was an enormous success, grossing over $1.1 billion at the box office.

Before Lynch acquired this blockbuster role, however, she originally went for some other Marvel roles – including one in Black Panther.

Black Panther is another hugely successful franchise, as it also grossed just over $1 billion at the box office.

The 2018 film starred the late Chadwick Boseman, as well as Michael B Jordan, and Danai Gurira.

In a recent interview Lynch explained she had been working with Marvel’s casting directors for “years”.

2018’s Venom only had a few female characters, so it is likely Lynch auditioned for either Michelle Williams’ character Anne Weying, or Jenny Slate’s Dora Skirth.

It is uncertain who Lynch would have taken on the role of in an Avengers movie, as most of the characters came directly from their own solo superhero movies.

Lynch is sure to make her mark on the Bond franchise in the months to come, as it sounds like Nomi is going to be a big part of the film.

In the meantime, Lynch also spoke out about the theories surrounding the next possible Bond actor.

Lynch first touched upon rumours that the next Bond will be portrayed by a black actor, with Idris Elba at the top of the wish list.

The 33-year-old confessed: “[I’m tired] of the fact that you have to celebrate it, like it’s this New Age thing, like black people have just arrived on the planet.

“That’s what annoys me about the idea of Idris Elba being ‘the black Bond’. For my community, those are really big things, but for the world, I need you to not care about it.”